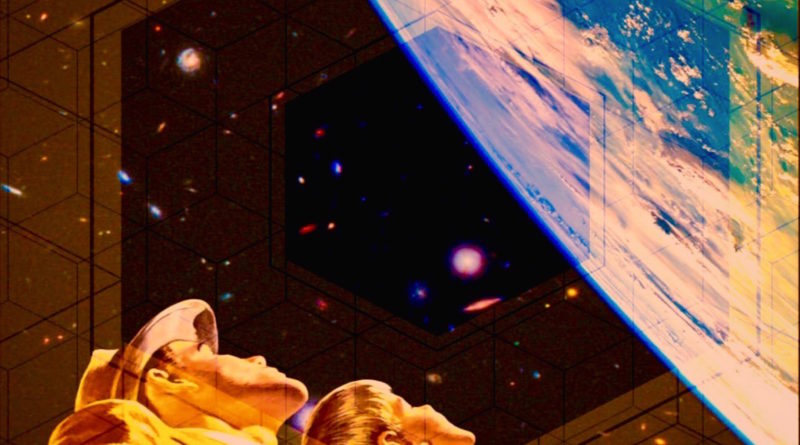 Yulio us presents his third Album ‘Earth’ for the Barcelonian Label Kraftoptical with reference 73, the Chilean leaves us to see his mature musically that divided in ‘Future Elqui’ that made us travel with the ‘Contact Interstellar’ across his ‘Astronave’ to land in the planet ‘Earth’…the new Album

Yulio (Julio Muñoz) presents his third Album ‘Earth’ for the Label Kraftoptical (Barcelona) with reference 73, the Chilean lets us see his musical maturity that left in ‘Future Elqui’ that made us travel with ‘interstellar contact’ through his spaceship to land on the planet …
13 more classical electronics oriented cuts transforming into a tornado of sounds passing through Ambient, idm and recycling it to the power of the dark side taking advantage of its more industrial facet, culminating the album with soft and delicate sounds, velvet to the concept of the most noisy and experimental album with its sonatas ‘Pulsar’ & ‘Lirios Espaciales’ ‘.
It is worth highlighting the topic to the present in climate change gives a vision of what happens today in this desperate and polluted planet, using sounds of lost cities and human beings like the mythical Dalai Lama in ‘Tripiulante 777’ invoking Mantras … giving the Album its most earthly sense, however it manages to travel into the future as always throughout the universe and again become sentimental with the track ‘Love’ using primitive sounds from movies of the 40 …. No doubt the album will be misunderstood by human beings living together on the day of routine, stress and planetary consumerism, but originality will have no escape for the most creative and demanding living in this beautiful universe desirous of cosmic pleasures and why not earthly…

Chilean resident in Croatia, after surviving many years Barcelona has spent almost 20 years dedicated to electronic music and now to the most experimental sounds, everything started in the north of Chile in the year 2000 where he started as a DJ in different events (Upspace) after graduating as Sound Technician in Santiago de Chile, he was one of the musical pioneers in the north of the country where he explored sounds from Techno, House to Psytrance, in 2003 he emigrated to Barcelona where he absorbed and acquired all the wisdom of city where the year 2006 I create KRAFTOPTICAL, which is where the history of the label founded by him began in 2011, with almost 70 releases of producers from all over the globe, 2011 he started editing his own material and in 2013 he produced his first album “Future Elqui “with great response especially in more experimental circles of the circuit … Then With” Secrets “(Ep) and Second Album” Contact Interestellar “produced in n Australia (Melbourne), makes its particular spatial sound make us travel always with common sense, with the heart and soul focused on the remotest of the Universe.
With “astrospacecraft “ Ep edited in 2018 I achieve a great audience especially in his country of origin chile and in several new directions , today with his New album that will be edited in March 2019 will continue his journey that started in “Future Elqui” 2013 reached a “Contact interestelar” 2015 traveling on the Earth more”…”
This Year will be published by the Chilean Label Pueblo Nuevo a tribute to the legendary composer Jose Vicente Asuar including a Remix of Yulio one of the pioneers of electroacoustic music nationwide.
is also considered to be one of the first composers of electronic music in Latin America and to be the creator of the first laboratory of electronic in these territories.

Yulio presents us his latest Podcast ‘Ufo’ where he presents the new Sounds of this era , capturing the Best Musical Proposals that attract attention , including tracks from his latest
album (2019) Earth