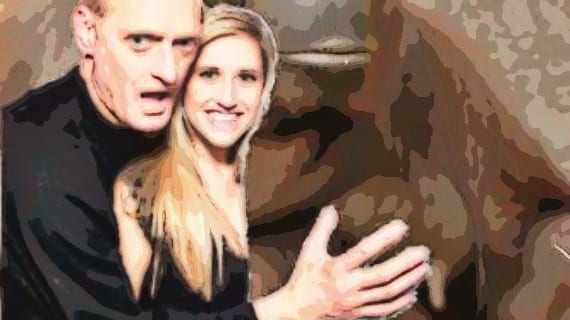 FIFTEEN YEARS! WOW! ThaT”S along time. THINK ABOUT IT. WHAT HAVE YOU HAD OR DONE, HAD CONTINUOUS ENJOYMENT DOING FOR 15 STRAIGHT YEARS? (WATCH IT!)

A relationship averages just over to years, a person now holds on to a new car for an average of 63.9 months, a house nine years and person opening up a new restaurant, if it makes it through the first year which is difficult to do, it has a 50% chance to make it to five years and if it makes it to five it usually will close with the minimum average of Ten. So YES this is HUGE and Historic. I have been trying to think what piece of history I would like to take home. If the big mints in the bathroom had “LSC” engraved in them, it would definitley be one of those

Seattle’s longest running nightclub “Last Supper Club” will be celebrating its 15th anniversary party Wednesday Nov 27th with Australia”s number one DJ two years in a row “TYDI” who made his first Seattle appearance two years ago at LSC and in a recent interview he mentioned how he enjoyed playing and the smaller venues like LSC because in so many words THE FANS ARE IN YOUR FACE!

What were you doing in 1998 When LSC opened its doors? I was leaving Arizona after 16 years 2 marriages and a couple of re-habs. I was moving back to Washington State because I missed the seasons, was tired of the sun every frickin day. In 98 I had no idea what OOONTZ OOONTZ OOONTZ WAS (NEITHER DID HYPERFUNK, DON’T LET HIM FOOL YOU. AT LEAST THE WORD ANYWAY) I was all about rock and the hair bands or top 40

In 2003 I moved to Seattle in August with my baby mama due any day with my ten year old Brooke. She was born, Megan and I split up couple months later, she went home to Aberdeen to raise our kid and I took on Seattle for the first time in my life. I was a resident.

A year passed by got a girlfirend( MY LAST ONE BELIEVE IT OR NOT) and I don’t blame her. She had some issues (we all do) WE HAD NO CHANCE! I met her through a gay employee who invited me to to go to a gay club in Cap Hill (not neighbors) It was a birthday party about 15 people and her and I were the only two straight. Someone had a great idea: everyone stand up take off your shirt and trade with some one, YUP HER. Apparently my belly sticking out of her little shirt was sexy OR she was drunk OR I was only straight guy, she was drunk, she was horny and she had no batteries. She gets in my car go two blocks and it’s a puke fest.

take her home SHE GETS NAKED lays on her stomach and I say to myself YEAH DON’T WORRY I’M NOT TOUCHING YOU. PUKE AND SEX is not on my bucket list (this is going somehere trust me.) She respected that we slept in same bed and I never touched her. She had policy no sex for 30 days. Yup had that marked on my calendar and she happened to be in Minnesota visiting her sister. some how I got her arrival day messed up and she calls one day early from Seatac “come pick me up” BAM! SEX TIME! and we’re off and on and mostly off and we finally break up in October of 2004 because I SENT HER A TEXT IN ALL CAPS and she said I was yelling at her! we are done! THIS was the first time I had ever heard or knew that ALL CAPS MEANT YELLING and HOW IT UPSETS PEOPLE ****AND THIS MY FRIENDS IS WHY I TYPE IN CAPS ALL THE TIME**** to know that it can irritate so many because someone at some time LONG LONG AGO IN A GALAXY FAR FAR AWAY (OR MAYBE HERE ON EARTH) THAT ALL CAPS MEANT YELLING. WHAT IF.. JUST WHAT IF IT MEANT YOU ARE THE COOLEST PERSON EVER? This is a different story. It’s kind of like the middle finger IT’S JUST A MIDDLE FINGER that someone (i wonder who) said is associated with EFF OFF! Does that bug you? Fine I will just tell you

So Jennifer was my last girl friend October 2004. I moped for two weeks. My friend Pat at the dealership said DOOD IM TAKING YOU TO DOWNTOWN SEATTLE AND INTRODUCING YOU TO EVERYONE. I USED TO BE A MALE GOGO. THE REST IS HISTORY. I DOVE IN HEAD FIRST. WAS CONSUMED ADDICTED INFATUATED and for pretty much ten years. IT WAS MY LIFE and LAST SUPPER CLUB WAS MY FAVORITE. DEEP DISH, DARUDE, OAKENFOLD, KASKADE and back in 2006 LSC and Thursday nights were the place to be. Not Friday, Not Saturday BUT THURSDAYS AT LSC. Packed everytime, electric , a differnt crowd from the weekenders. They were there not to be cool or seen, they were there for the MUSIC and DANCE.

I left seattle for three years to better myself. I got caught up in the drugs (using and selling) the underworld. Every part I wanted to be a part of. I was even a driver for a GOGO girl from larrys as she would do extracurricular activitititties after work. she paid me $40 a stop and I bought a gun.

Started to revisit Seattle more frequently 2009 2010 and finally moved back.

2011 Last Supper was about to celebrate there 13th anniversary and Lisa asked me if I would like to help promote it. I don’t believe I had ever met her before. Another Facebook fan who had seen my posts. So I helped out and hired shortly after to be VIP HOST. To be honest I was not sure what that even was. Apparently it’s bottle service booking tables etc WHICH I DID just not very well. I am not a salesman I’M A PEOPLE PERSON, I SELL THE SIZZLE! if it is something I believe in or like I CAN PUMP IT UP. So for four months I promoted sold tables bottles, cleared tables, some security. Walked TYDI up last time so the girls would not mob him. (i’m all about taking one for the team. I can’t picture myself doing anything different than selling cars but if the right opportunity full time came up in this field, I would consider it.

Yes Last Supper Club has given me alot of great memeories and pictures and some experience to add to my resume if i used one, but most of all I have met alot of incredible and interesting people.

It will be sad to see you go but the memories will live on forever.