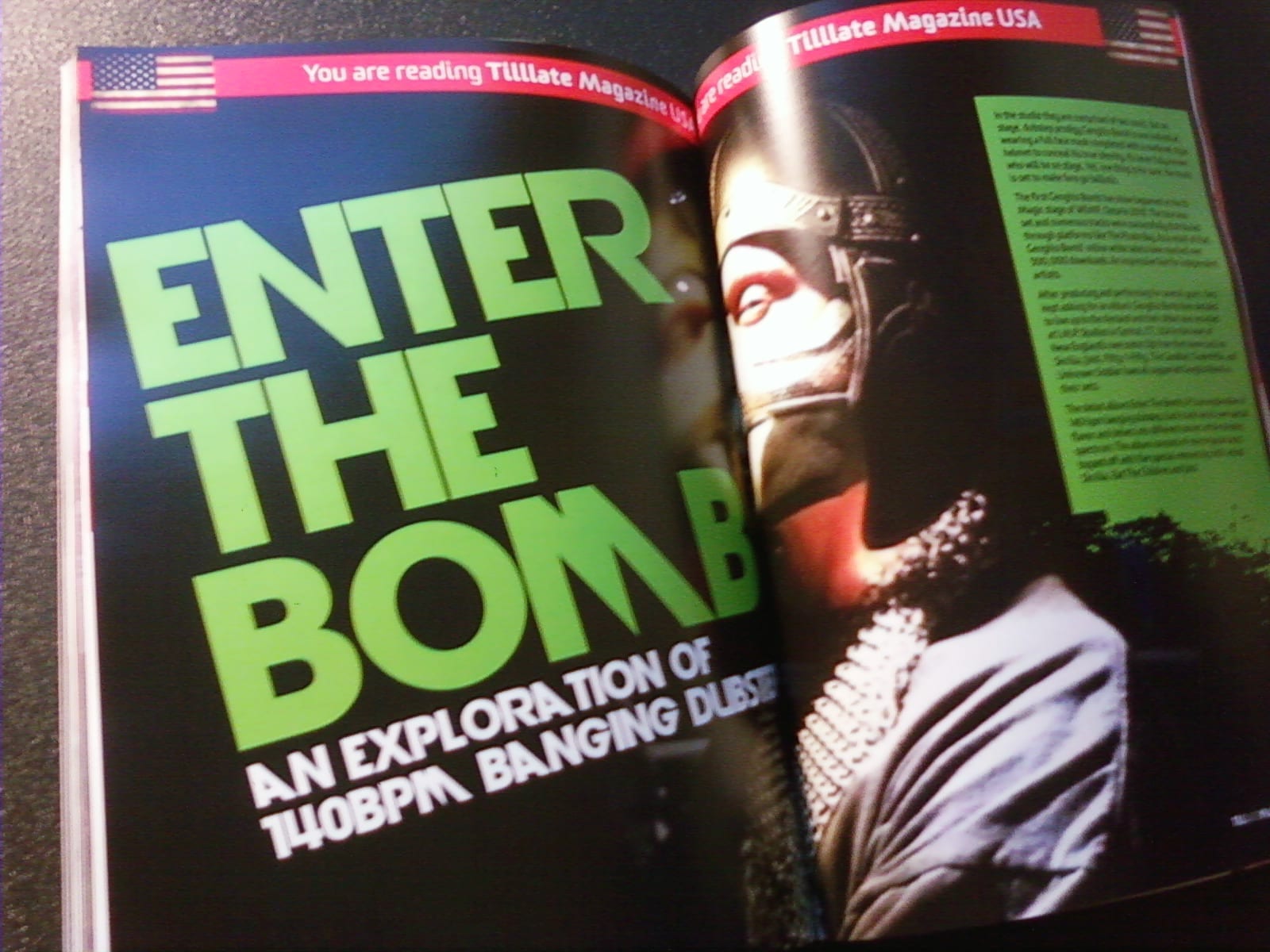 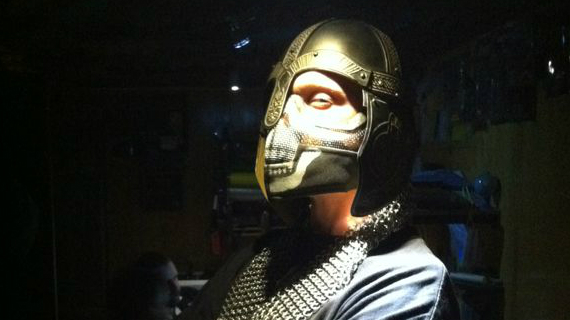 Genghis Bomb’ debut album ENTER THE BOMB LP is an exploration of 140 bpm banging dubstep. Each track has its own special flavor and delves into different corners of the dubstep spectrum. The album consists of nine original tracks topped off with five special remixes by I.M.P. artists Skrilla, Eat The Children and Jivid. Check out the exclusive interview below!

Where does the name Genghis Bomb come from?

It stems from us trying to illustrate the idea of epic beats on an imperial scale.

How long have you been part of the scene before the inception of Genghis Bomb?

Since the late 90’s we’ve been playing as djs around New England and other parts of North America. We’re old school rave djs turned producers.

Where did the choice for a medieval mask come from? It looks hella dope!

It just seemed to fit. We wanted to capture the rawness of the music and put it to a recognizable face.

Are there collaborations with other artists coming up?

Yes. I have a remix coming up on Jivid’s new EP around Christmas, and another remix coming out for Skrilla’s breaks EP around new years. More collaborations coming in 2014.

Describe a few of your favorite tracks from the album.

First off would have to be Rock and Roll Bitches. There was a long story behind that one. The track started off as a darker track, and was originally titled Dead Unicorns, but it was too dark, so we livened it up a bit. I also like 1-up, it reminds me of the old days playing 8 bit video games.

What inspires you to do music?

Everything! The remixes and white labels come from hearing something good and thinking of something you can do to make it sound better. The originals come from trying to further ourselves and learn new talents. Music helps you through the hard times, and makes the good times even better.

Nothing specific, but we love to watch the software tutorials. At this point we are reaching professional producer status, but there is always more to learn.

What’s the best thing about the scene in Canada?

People are laid back and really into the music. It’s a wider age group as well. It’s always fun to go play up there. Ryan Kruger has had us up to WEMF regularly, and Rick Laplante shows us love in the Ottawa area. Haven’t played Montreal in a while, would love to get back there though. I heard the blue dog is open again.

Is there anything else you would like to say?

Just that there are a lot of greats artists and projects coming up with I.M.P. Lot’s of stuff on horizon, with great sounds keep an eye out for. The next releases are some serious powerhouses. Expect to see some great things from Jivid (Dec), Eat the Children (Dec), Skrilla (Jan), Sunsalibitty (spring 14) and more.

10 Over and Over (Jivid Drumstep Remix) 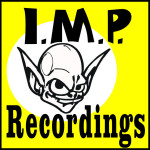