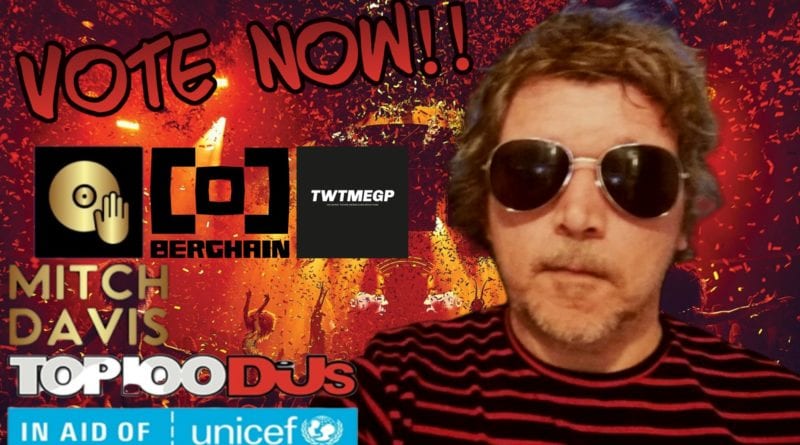 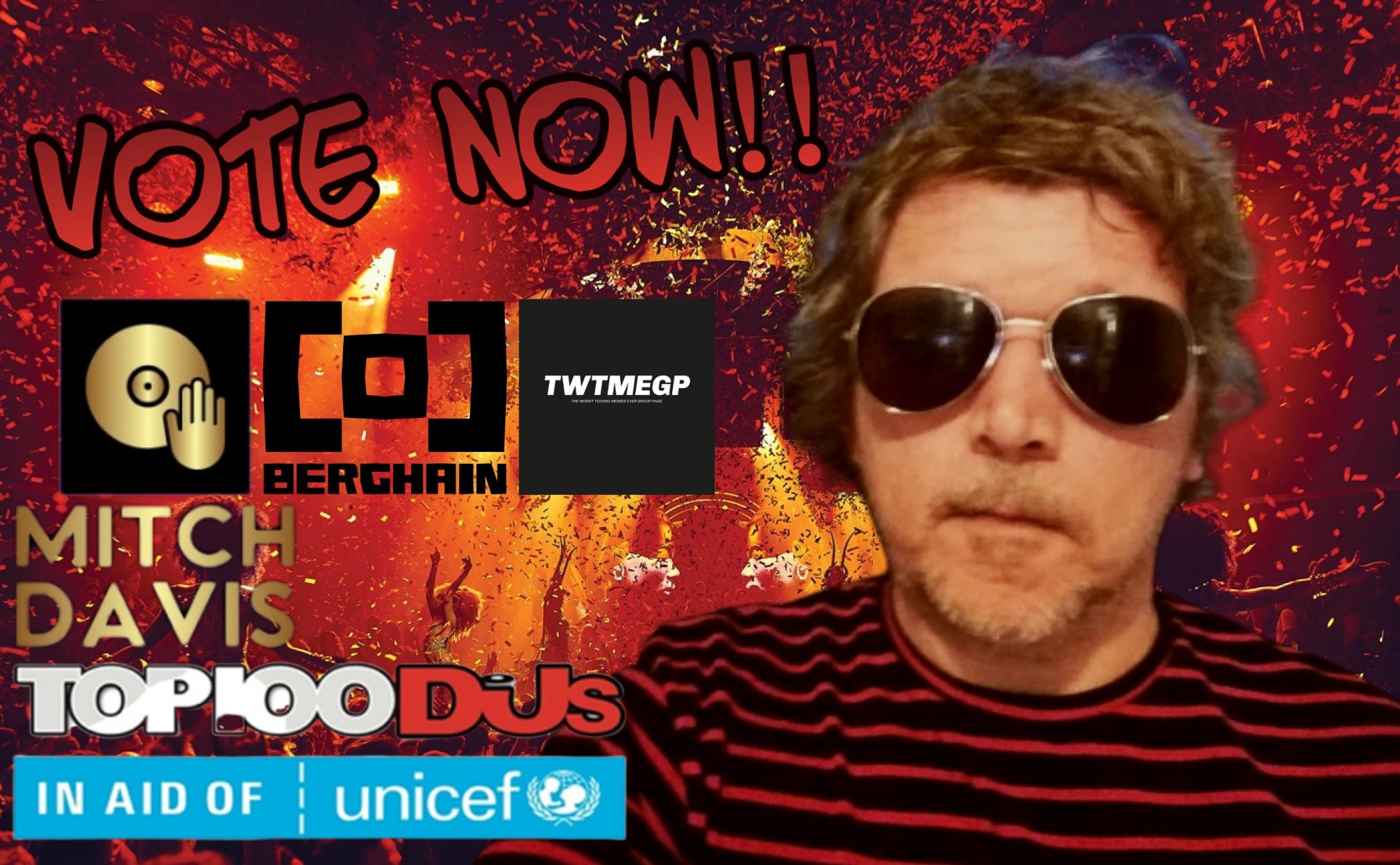 Each year the DJ Mag Top 100 DJs leaves little guesswork. Tiesto wins it 20 times, Armin wins it 15 times.. And other than that, the same few Martin Garrixes switch a few spots among each other.

But this year is different! Online community TWTMEGP vowed to make Mitch Davis number one.

‘Who Is Mitch Davis’ is a question often asked. Long story short: Mitch is an acclaimed house and techno DJ from the UK with a preference for the deeper sounds.

1988 saw him cutting his teeth on the dancefloors of seminal clubs Shoom, Mud Club, Spectrum, Trip, Future, the Boys Own Parties & High on Hope. Fascinated by this emerging culture which he saw explode, he ventured on a trip to Ibiza’s Amnesia opening night in June 1989 which blew him away & fueled his passion even furthur.

During the 90’s he fully started to DJ, promoting his own nights along with stints on pirate radio. Yet, after purchasing an Akai sampler and an old Atari, he concentrated on making his own sounds.

2007 saw the release of the Resitance EP on Devore which gained excellent support from DJ’s worldwide & a 4/5 review in DJ Mag.

As he saw the whole house music culture explode from the second Summer of Love to the global culture it is today, his open minded approach & knowledge of this music sees him at home producing House, Techno, Electro & Breaks in all their various guises. 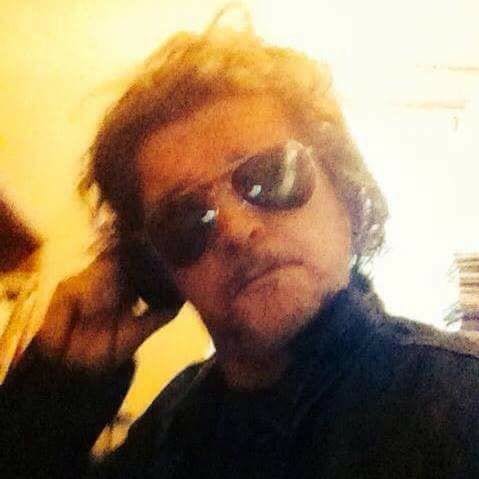 Alongside Lee Waxman, Davis is the co-founder of Electric Sheep Recordings

For example, take a listen to this gem by Lewis Ryder:

Online community TWTMEGP –The Worst Techno Memes Ever Group Page– vowed to make is savior MITCH DAVIS the winner of the Top 100 DJs Poll by DJ Mag this year. And with 80,000+ members, they may just pull it off.

Davis is the group’s beloved moderator. As king of the memes, his creations often go near 3k reactions in this private community. 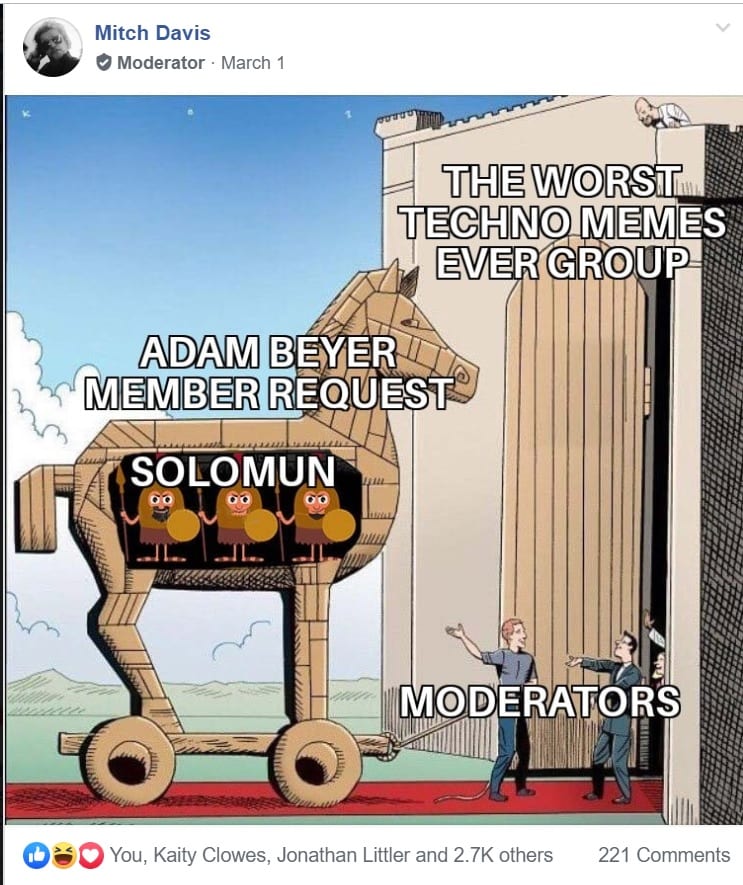 THE START OF THE CAMPAIGN

Thursday July 11th saw the first chatter of a possible TWTMEGP takeover of the Top 100 DJs poll. After some debate, it was decided to launch a poll to see which DJs the group wanted at the top.

After only minutes of the poll being live, Mitch Davis already took a strong lead. Way ahead of Paris Hilton and Daddy Yankee. 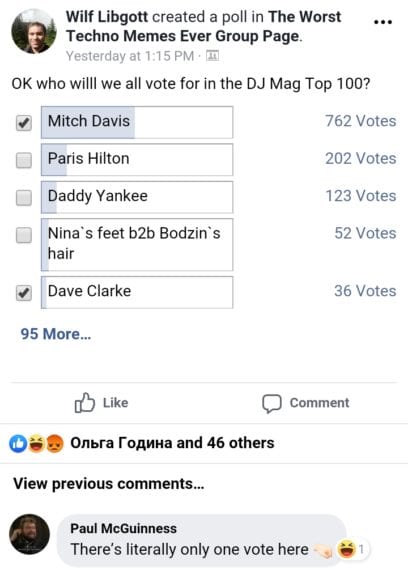 Now he left the immediate competition at a comfortable 550+ point distance.

BUSY TIMES AT THE CAMPAIGN HEADQUARTERS 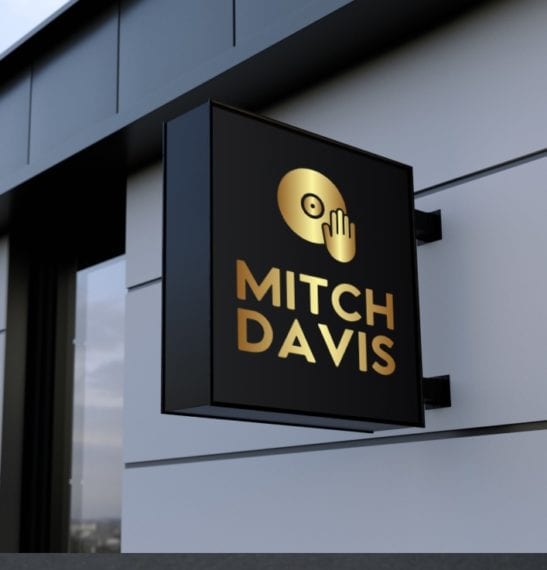 Pulling off a campaign for an artist the size of Mitch Davis is not an easy feat, but countless of PR professionals and interns are busy getting the word out. The campaign headquarters are hectic as the different teams come up with the best strategies to place Davis in the media and outbid the competition for ad space.

Techno dust is wildly flying around while Davis’ label catalog is on repeat. There is no sleep on team Davis. 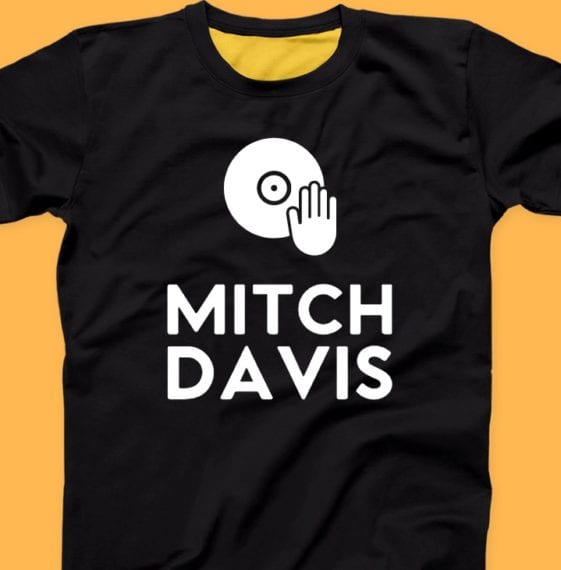 Soon merchandise will be available. Mitch personally chose a Berghain-ready shirt which will be available in the webshop shortly. It’s rumored wearing the shirt gives the same euphoric rush as 5g’s of techno dust.

Make sure to fill in the top 5 as follows: