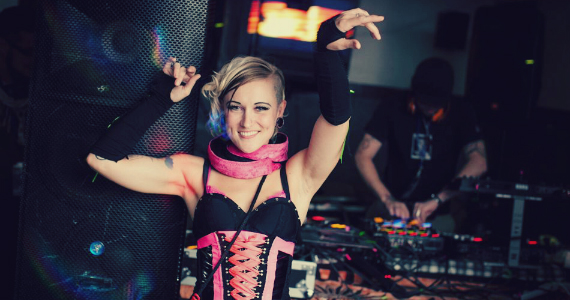 By the time Friday, October 5th finally came around I was basically itching to get to Euguene, OR to help put on a show with a production crew I work with out of Southern Oregon called Cloud9 Collective.  The last event I helped with was WaterWorld (Selma, OR) and it was a blast!! It had been so long since I’d seen my second family I was starting to count down the seconds until we’d all be working together again.  So basically I woke up and in unlike me I was on top of things and ready to walk out the door right on time!!  That’s some frigging love and dedication if you know me at all. I was late being born and since then it’s kind of been my style. =P

Anyway Eugene is about 6 hours away so I had a bit of a treck in front of me. With some local Oregon music (Medium Troy, Golden Toast, Indubious, etc.) to help pass the hours and traffic I made it to downtown Eugene in no time.  I pulled up to the WOW Hall and immediately smiled when I saw the crowd already forming outside and it was only eight pm.  I parked my car, and walked up to the front door. My name was first on the list (likeaboss, haha) so I got my VIP wristband and my “event staff” lanyard and headed inside to find my crew.

The venue had a pretty wicked little lay out with the all age’s area upstairs equipped with a little water/redbull stand and for us big kids, a beer and wine bar with another stage downstairs.

RobNo (www.soundcloud.com/robno) kicked off the night upstairs with a pretty great opening set that kicked off the mood, while Jimmy Jamz got us going downstairs. I of course migrated downstairs immediately to get a glass of wine and totally dug Jimmy’s set.  Then I heard it – the amazing sound coming from upstairs that was Kozmo vs. Big Daddy Scamp in the all ages area. Forgetting the fact that I was surrounded by 14 year olds I couldn’t help but get down to this amazing little vs. set. Kozmo killed it, and was by far one of my favorites of the night.  And I believe I told him this like four different times =P.

In all honesty I spent most of the night upstairs in the all ages area getting down and absolutely raging my balls (for lack of a better term) off to Kozmo ( http://www.soundcloud.com/KronoOfficial) , Aaron Jackson (http://soundcloud.com/aaron_jackson,  http://www.beatport.com/artist/aaron-jackson/92948) and someone I look up to and fellow female DJ Anna Langley (http://soundcloud.com/annachristinelangley , http://annachristinelangley.podomatic.com/). All of above literally toorree the place doowwnn!!! And impressed me more then words can say. But there was a set coming from downstairs that kept calling my name … 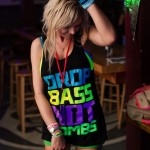 The Sk4r3crow (http://soundcloud.com/sk4r3crow) was playing a little early do to some technical difficulties for the previous DJ and without a doubt absolutely blew my mind away.  This guy was mixing with a CD-J and a pioneer mixer, adding effects (among other things) with his Ipad, adding his own beats on his AKAI drum pad, AND adding using a synth. Just juggling shit like a boss!!! Not only was he skilled but he was fucking AMAZING!! And by far my favorite set of the night. From the moment I got downstairs and heard him play I couldn’t pull myself away. He jumped from dub, to glitch, to trap, to hip-hop, and back in a flawless way that was just as addicting as it was perfectly executed. I couldn’t help but dance during his entire set and his pumpkin/scarecrow mask owns the DeadMau5 head 10-1. 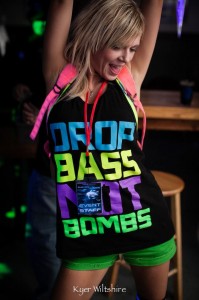 While Sk4r3crow killed It for the big kids Mr.Forrest Avery (http://soundcloud.com/forrestavery,  http://www.facebook.com/forrest.avery/app_178091127385?ref=ts , http://www.serialsickness.com/Fo/ForrestAvery_2011WMCPromoMix.mp3 ) put on what a couple viewed as his best set ever upstairs on the all ages stage.

Walking around the venue you could everyone at any age who attended this show was having a great time. The turn out was pretty awesome considering the mainstream DayGlow Paint Party was also going on in downtown Eugene,OR the same night.  The decorations were amazing, but most importantly the sound system and artists who performed were off the hook! Everyone brought their A-game and it made for an amazing night.

Despite a few blown fuses and a few hiccups here and there Electric Avenue by Cloud9Collective was one amazing show. Finally at about three am the venue cleared out and it was time to get back to work breaking down the sound system and cleaning the venue.  Of course with my second family and the best production crew ever this was hardly a job, and we all spent the entire night laughing, making fun of each other, passing around my cat hat and taking over four rooms at the hotel across the street as we waiting for 6 am to come so we could get champagne and have mimosas to celebrate another show on our belts.