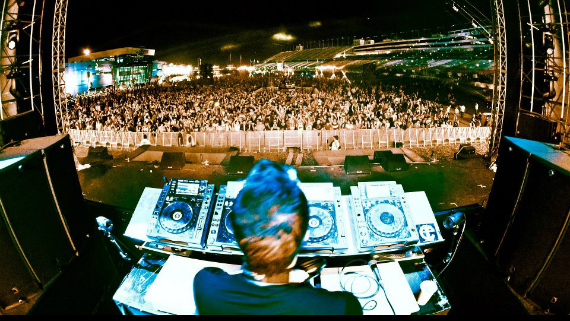 Robbie Rivera’s distinctive brand of sexy, pounding, dirty, electro-tinged house music ignites dance-floors across the globe. Throughout the years Robbie’s musical stylings have lead to a strong collection of dance floor favorites attached to his name. Going back to 2002 Rivera released a collaboration with the just starting Axwell entitled “Burning”. The track garnered universal praise and set the stage for his 2003 hit “BANG”, reaching Top 10 on the UK charts, used in the Sydney Olympics, and selling 500,000 copies. But, perhaps Robbie’s biggest track to date would be the worldwide smash “Funkatron”, a track cited as an influence to many of today’s house classics. These tracks are only limited highlights in an illustrious career that as well include the hits “Back To Zero” and “Girlfriend” and remixes of tracks by top artists such as Tiesto, Madonna, David Guetta, Kaskade, Deadmau5, Armin Van Buuren, and Roger Sanchez. 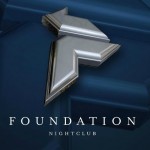 You are about to perform at foundation nightclub in seattle this saturday. How Often have you played here and how do you like the Seattle crowd?

I actually haven’t performed in seattle in 2 years so I am really excited! I do remember the last time was nuts. Crazy crowd!

Could you share some pictures of your current studio with us?

I’m traveling at the moment so I don’t have pics on me and I like to keep it as kind of a secret. It’s fairly simple. 1 apple Imac, logic, loads of plug ins, axiom midi key board , rock it speakers and my intelligent creative brain.

If you could advise upcoming producers on monitor speakers, which ones would you recommend?

I like Mackie monitor speakers and KRK speakers. I mix with Seinheiser headphones as well.

Could you tell us what is coming up on your label Juicy Music for 2013?

Next is my new single called “My Techno” which I produced with Tocadisco. We also have new tunes from Makj , Tony Arzadon, Federico Scavo, Stefano Pain, Dero and many more.

Do you like to go out to listen to sets of other DJs?

Sometimes, if i’m not traveling and have time. Im going to try and go see my buddy Benny Benassi next week. Been friends with him for a long time.

What is your worst habit and are you planning to get rid of it?

Biting my nails. Drives my wife crazy. I plan to cut them really short so I can’t bite them at all!

You have worked with some of the biggest stars in entertainment. Do you ever get shy in the presence of someone incredibly famous or talented?

Not really but I haven’t actually been in the presence of so many. A lot of the remix work is done without the artists there so you never meet them. I once had madonna listen to my remix of her track “music” in her limo while I was on the phone. That was really cool.

What is the most important thing record labels should do for their artists? And on average, are they doing a good job with that?

Actually promote them. I’m not talking about just mass mailing radio contacts. It’s reaching out to DJ’s individually to get them to play the tracks in their sets and podcast/radioshows. Taking the time to reach out to the blogs. You guys are the voice to consumers. Visibility is so
Important. Without you guys it would be way harder getting our music to the fans! Also paying royalties is important but it’s hard to make money selling music, so building profile is
The key in todays EDM biz. 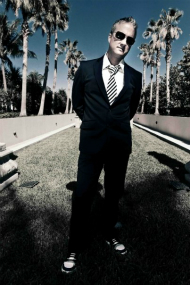 Do you expect Beatport to have another serious competitor in the next few years or do you feel they can maintain a monopoly?

I really don’t know. There are many other online stores but everybody loves Beatport. I support them. iTunes is doing well with EDM as well but it’s really for the consumers. Beatport delivers high quality music that can be used to play in clubs. Its where the DJ’s shop for music

If hollywood made a movie about your life, who would you pick as the main actor?

Describe in detail the wildest night of your life you ever experienced.

I was booked to play in Manaus, Brazil and the promoter offered me extra money to play inside a small village in the Amazon. This was over 10 years ago. It was scary! I was
Performing and loads of bugs were flying all over the place. I only played like 30 minutes because a massive spider was crawling on the turntable. True story

Yes, to the young generation of DJs, listen to the legendary DJs like Carl Cox, Erick Morillo, Roger Sanchez, Todd Terry, Armand Van Helden, etc. You will learn how EDM became so
big and how to better perform. I feel like todays DJs all play the same. We study history for a reason. To learn what worked and what didn’t. This really has to change.

HAMMARICA.COM IS GIVING AWAY TWO VIP TICKETS FOR ROBBIE’S SHOW AT FOUNDATION!

The 5th person from the Seattle area to email wilf@hammarica.com with their details will have their name on the VIP guestlist +1