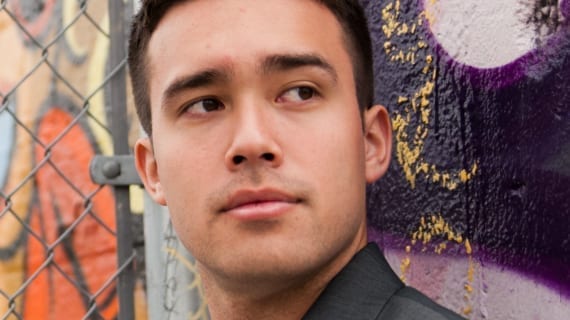 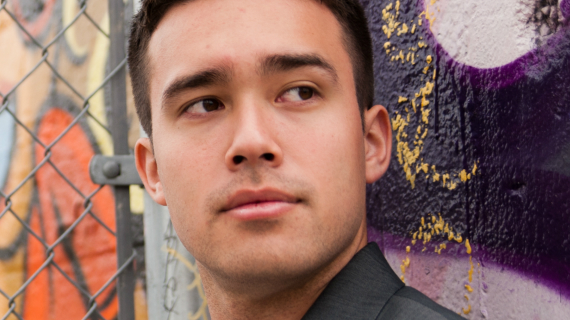 I love talking to the crowd. It’s great for hyping them up, but it also allows them to hear you talking to them in real life, so it makes you human and gives the show a much more personal feel.

We love your Together Again EP which features various styles. Where does your inspiration come from and the drive to get into various styles of music?

I really consider myself a music artist and not a genre specific artist. I mean, I make all kinds of electronic music on the one hand and really organic, jazz influenced hip-hop on the other. I love both so I’ve always been into finding ways to merge various genres and styles together. Trying to find new combinations that work well is a big motivation. But Instead of merging a ton of styles in a couple tracks for this EP, I decided to just do one track from a few of my favorite genres.

Which DJ/producer do you have a lot of respect for and why?

Two producers really come to mind, actually – Seven Lions and Singularity. I’m a fan of melodic music, so if an artist can compose a track using good melodies, harmonies and chord progressions I have a lot of respect for them. Way too many producers are making those damn festival drops where one or MAYBE two notes are just repeated over and over again, and although it may be good if you’re just trying to dance and jump up and down, musically it’s kind of ridiculous. I found this really funny (but sad commentary on mainstream EDM) mashup of 16 different drops from songs from the Beatport Top 100 that follow the exact same formula, and most of them are even in the exact same key – https://soundcloud.com/daleri/epic-mashleg. So when artists can make their drops melodic and still hit hard like Seven Lions and Singularity do I really enjoy it and respect their work.

How do you like the scene in your home town?

Electronic music is definitely catching on with the younger generations, but I still feel like San Francisco and the Bay Area is more of a hip-hop dominant area. Especially with the people I grew up with. Most of them still prefer hip-hop. It’s an amazing area for music and culture as a whole, though, and as long as you have an open mind and are willing to broaden your horizons by hearing and appreciating new things it’s great. It’s one of the best cities around!

What has been the best compliment you ever gotten from someone on your music?

It’s always humbling and I’m always appreciative of any praise I receive so I’m not sure I can narrow it down to one compliment. One of the best feelings in the world for me is when someone else truly enjoys and can feel my music and what I make, so it’s always amazing when people ask me to perform in their hometown, or when they really make an effort to share me and my music with their friends.

What is your favorite way to interact with a crowd when you are on stage?

Maybe it’s because I’m a rapper, but I love talking to the crowd. It’s great for hyping them up, but it also allows them to hear you talking to them in real life, so it makes you human and gives the show a much more personal feel. It’s really an art, though, because if you’re on the mic too much, it’s annoying and takes away from the flow of the show, but if you plan it right, it’s dope.

Will North America or Europe be more important to dance music in the coming few years?

Although it’s exploded in the past couple years, the North American electronic music scene is still relatively new, whereas the European scene is well established, has a solid foundation, and is massive. It’s really hard to say which one will be more important to dance music, though. Hopefully the North American scene will continue to grow! I’m really interested in seeing if Asia becomes a player as well, given that Ultra Music Festival just made its first appearance in Japan this past year.

Making music behind a computer or hardware can be straining on your body. Do you like to play sports?

I play basketball from time to time. I played for my high school and in an Asian basketball league growing up, and I ran cross-country and track in high school as well, so I enjoy running. In the past 2 years I’ve been getting into body weight training and calisthenics, too.

A random moment from your life that is interesting to share?

In 2009 I was studying abroad in Tokyo when I randomly started going deaf in my right ear over the course of three days. I went to the doctor and after doing a hearing test they told me I was clinically deaf. They said it was called “sudden deafness” and was so rare that not much is known about the causes or how to treat it, but the best results they have had are with using prednisone. So for the next 7 days I went to the hospital and sat there for 2 hours each time with an IV in my arm, and after about a month my hearing almost completely came back. The doctor was almost in disbelief and told me that almost no one ever completely recovers. So since then I’ve taken every precaution to make sure I keep my ears safe when at festivals, clubs, shows, etc. and I really appreciate being able to hear!

What can we expect in the coming few months?

On the electronic music front, I’ll be making an official remix of “Answers” by Rameses B in the next couple months, and I’ll be officially releasing my Together Again EP sometime in the near future as well.

There are a lot of exciting things going on with my hip-hop crew, too. We’re in the process of making an album with a producer from Seattle who’s signed with Hydeout Productions (Nujabes’ record label) over in Japan and we’re going to get that project physically distributed throughout Japan and the US. We’re also working with multiplatinum Grammy/Emmy winning producer, Narada Michael Walden on a new project so we’re really excited about that. He’s produced for Whitney Houston, Mariah Carey, The Temptations, and many others, so we’re more than honored that he wants to work with us.

I’m working on another project that should turn out pretty cool. My violinist friend, Cory Lee (attended Julliard and did a masters program in violin performance at Yale) and I are making a violin/electronic music collaboration EP. No clue when that’ll be released, but we’ve got one track pretty much done, and we’re hoping for at least 2 or 3 more. 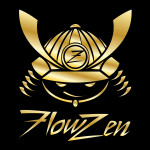