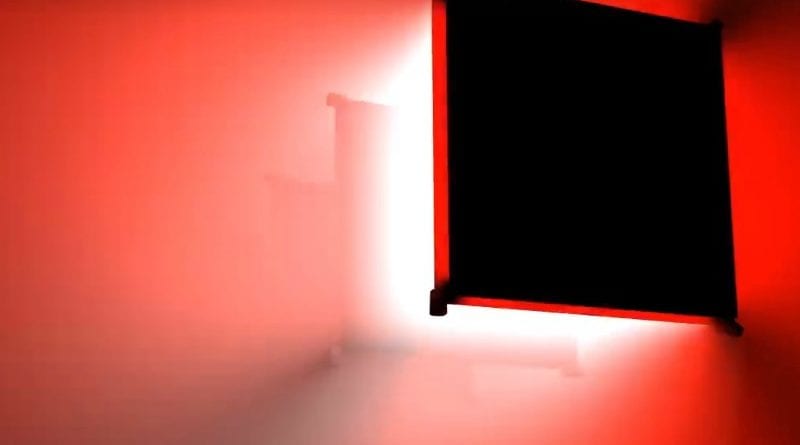 404.zero takes you to another dimension with a visual design that went instantly viral.

Still In Search Of The Right Place

When you thought you’ve seen it all, 404.zero is here to surprise us with an installation to awe your senses. Created completely with Touch Designer and modular gear, this is a concept we’ll soon see at all sorts of events if we judge by public reception.
All that’s needed is a mere $150,000.00 as estimated by 404.zero:

15 modules:
Truss base 5×5 m.
5mm led screens on front and back.
36 led strobes over perimeter.
4x Robe Pointe at corners. 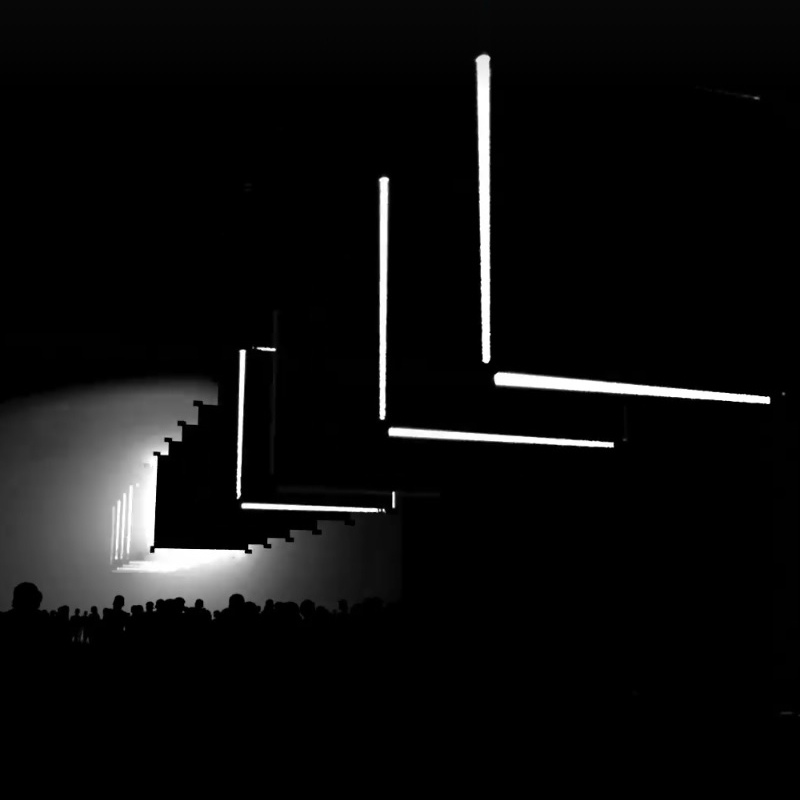 404.zero are Alexander Letcius and Kristina Karpysheva. They are an audio visual noise-drone generative collective from… yeah, they don’t have a current home and can set up the installation anywhere!

The art project was born in an attempt to establish a definition of evisceration of conventional dogmas and values. In 2016 two artists joined together to create projects that could push the meaning of clarity to the limits in terms of modern generative art. Both of the artist feel that 404.zero is a foundation that provides an opportunity for infinite creativity.

Kristina and Sasha were born in St. Petersburg.

Kristina, a media artist/designer, has been actively making installations and audiovisual performances since 2015. She often brings multidimensional features to her works of art such as integrating performers (“Nothingness”) and theatrical acts (“Evgeniy Onegin” Brusnikin) into her installations. Was nominated for the Future Lions in 2016.

Alexander is the co-founder of Tundra collective which produce large-scale audio-visual installations.
They also participated in many international festivals and exhibitions in Russia, Germany, Italy, Switzerland, Indonesia, USA, Korea.