You are widely known as a producer of acid house. When were you first exposed to the acid house house sound?

In high school in the 80’s – we had a great record store in Bismarck, ND called budget tapes and records. they were way ahead of their time. A local friend Todd Gregor really introduced me to electronic music in about ’83. I caught some late night episodes of SNUB TV and Night Flight for cutting edge music videos.

As a producer you have had releases and and remixes out on Dave Clarke’s White Noise, Josh Wink’s Ovum, Eric Powell’s Bush, Fat Boy Slim’s Skint, Novamute, Acid Tracks, Drop Bass Network and dozens of other labels. If you could list the 5 essential tunes from your hand, which ones would that be?

Everything Under The Sun – Bush

And tons more… I am flattered that you would ask

Other than releasing on other artists labels, your own label Communique has been very successful. Which upcoming releases should we look out for?

“The New Acid” series on Communique

You are known both as DJ ESP and Woody McBride. Ever thought of merging the two into one solid artist name? Is there a reason why you keep two artist names?

They were two different dudes originally – one to play acid and one to play techno, minimal and cerebral stuff. another move was to add Woody McBride to my stage name as I recognized in the 90’s that DJs who just had a DJ name seemed to go only so far – that is not true for all but for many. 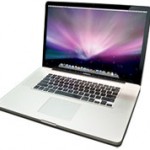 You travel a lot with your lap top for gigs.

Do you still use a lot of analog gear in the studio though?

Is there a negative side to the DJ life?

Not really for me. maybe dealing with fatigue and travel – it’s harder than it looks but I am very grateful to be the soundtrack for this movement.

If you could steal one item from Deadmau5′ studio, what would that be?

What are your thoughts on the DJ Mag Top 100?

Nothing we didn’t suspect from the beginning. shitty but it was always pretty mainstream so I never read it much. I am sure that they had good intentions over all and probably didn’t need to do such a regrettable thing. Respect overall though for helping bring our music of age.

listen to your heart and dig deep for the strength to live the life you want to live.

Thanks again Woody for taking the time for this interview!

Download this latest mix from Woody McBride recorded at Geared Vol. 2 in Vancouver BC Canada.