Your podcast.. It is insanely popular! How did it get so big?

At first I thought it was some sort of mistake, hahahaha! Don’t get me wrong, this didn’t happen overnight, but once the growth started, it kept continuing to grow. But then I started getting massive amounts of emails from listeners all over the world and it was clear that they simply enjoyed what they were listening to and would spread it amongst their friends and family. Word of mouth advertising is so amazing as people tend to trust their friends/family much more than a cheesy advertisement of a DJ staring off into nowhere (yes I have those pics as well, my podcast pic is one of them! LOL).

You had a mainstage debut performance at the Gorge last Summer, a gigantic open air venue in WA state. How many more dreams are on your wish list and could you share?

That show will definitely stay with me forever. Getting 2 hours on one of the most legendary venues on the planet at a festival with 20,000+ people is not something you get to experience every day. As far as other dreams go, I like to keep it simple, I’d love to be able to travel the world playing shows and enjoy the music with so many different cultures. People say that music is a universal language, and I want to live that experience first-hand.

You have been a resident DJ for quite a while for USC. What is the best thing about their events?

USC Events has been around for 15+ years now and they are the name that anchors the electronic dance music scene in the entire NW United States. It’s been such a massive honor to be a part of that family. The thing I like best about USC is that Chad (USC founder) always takes things 1 step further than you would expect. He is never content with just doing the status quo.

He always wants to take things to the next level whether it’s doing extra decorations or adding 1 more headliner to blow the crowds minds. Each and every year, he finds a way to go bigger, but more importantly, go better. Not to mention he’s going to be opening his first nightclub, Foundation, in the very near future, expect that to change the clubbing scene in Seattle.

On average, how does the food rank that promoters serve you?

For the most part, it’s really good. You rarely see really greasy/heavy foods that could cause problems during a set LOL. I actually think one of my favorite green room snacks was down in Corvallis Oregon. I played a huge festival at Oregon State University and then went and played an after party at a club downtown. In the green room, they had a bottle of grey goose with mixers, a fruit tray and some AMAZING chips and salsa LOL. No joke, it was just perfect.

Who has been your biggest influence when it comes to your career as an artist and why?

Hmmm, that’s a tough one. I get so much influence from so many artist/DJ’s around the world, it’s almost impossible to list. Some guys impress me with their productions, some guys blow me away with their DJ sets, some guys have mind blowing stage production for their live shows and some guys are just really genuine and it’s an honor to call them a friend. I guess my final answer is everyone. I take bits and pieces everyone in this global scene that aid in the growth of my own career. 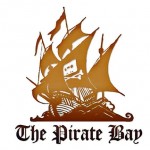 If you could change one thing that bothers you from the EDM scene, what would that be and how would you go around it?

Hmmm, I think the biggest one that comes to mind is the ease of sharing music vs. buying music. Nowadays, you can literally jump on Google and find any track you are looking for, for free. You can send that track to your friends and so on and so forth. Sadly the artist who produced that track doesn’t get a sale to his/her credit. Back in the day you had to buy vinyl, and there was no way in hell you could copy those things efficiently and affordably. BUT, I will admit that this ease of sharing does do 1 thing much greater than it did back in the day, that is give a greater range of exposure to the artist. The question is, is the exposure worth the tradeoff of sales…

What is the essential track from 2012 that no one should miss out on and why?

Oh man, I could list 50-100 tunes that have blown me away this year. One of my favorite melodic trance tunes this year is Suncatcher and Mihai pres. Starshifters – Timeline. I swear if there was such a thing as a sunset in space, this would be the perfect soundtrack to it. But I have to say, the track the blew me away the most so far this year has been Mat Zo feat. Linnea Schossow – The Sky. The power of this song and the beauty of Linnea’s voice is mind blowing. Not to mention, this easily wins music video of the year in my book (the most perfect combo of sound and sight)

If you had to pick between MC Donald’s and Burger King, would you pick Wendy’s?

Damn you! I’m doing this during lunch time and I’m trying to eat healthier and this question is not making that easy! LOL. But if I did have to choose between McDonald’s and Burger King, I would definitely drive down the street to Wendy’s 🙂

Johnny Monsoon and music production. Everyone is anticipating, but when will you unleash the beast?

We (Steve Kaetzel and myself) are finally done with it and now the label shopping process will begin. Emma Lock did the vocals and she knocked it out of the park. I can’t even put into words how amazing it feels to finish my first track and have it be EXACTLY how I dreamt it would be. It’s a peak time vocal trancer with a really heavy bassline that should rattle ribcages. I am sooo excited for everyone to hear the track. I have no clue on the release date yet, but I can assure you that I’ll be making plenty of noise once I find out 🙂 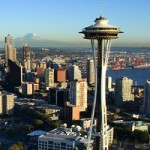 Seattle favorites DJ Dan and The Glaudefather have moved away from WA. Would Johnny ever leave us for another city?

Seattle is definitely home. Its where I was born and raised. It’s created, shaped and furthered my career and I wish I could thank each and every person from this beautiful city who has enjoyed a show of mine. I will admit though, sunny skies and palm trees do sound nice, we’ll just have to wait and see 🙂

I’d like to remind people that there is no need to rush in life. Taking your time and enjoying each step of the way at your own pace can be the most rewarding thing. Although when my track comes out, I’m hoping you’ll hurry up and grab it off beatport.com! 😉 Hahahaha

Thanks again Johnny for taking the time for this interview!

Thanks Wilf! Next time I see ya, first drink is on me 🙂