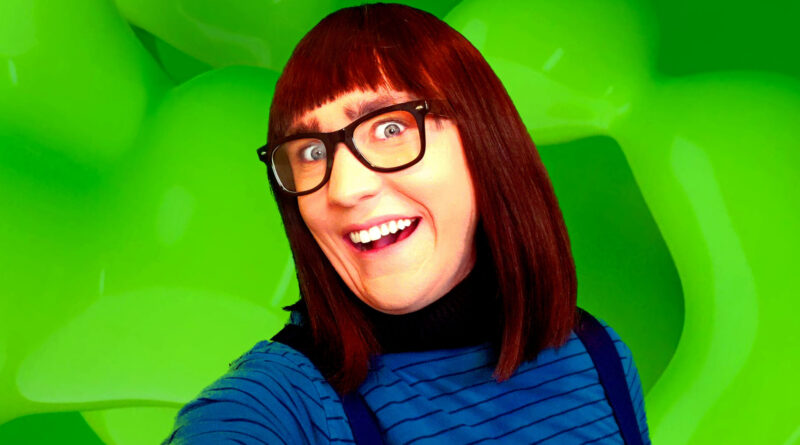 Soft Tommy is a new comedy music artist from The Internet who isn’t afraid to get nerdy for your entertainment. He has your mom’s haircut, your dad’s glasses & your grandpa’s sense of humor. This independent musician released his first single ‘Nerd Party’ during the pandemic & has since released 3 additional singles: ‘Horse Girl’, ‘Too Bad’ & ‘Error 404’. All four tracks are categorized as comedy music but span a variety of genres from rap to pop, spoken word & dance music.

Inspired by artists who take themselves too seriously, Soft Tommy’s goal is to deliver the opposite & create an authentic music experience for listeners who want an escape from over-commercialized industry soundtracks. His music poses the question: what happened to humor in music?

There was once a time when comedians like Leslie Hall, Reggie Watts & Weird Al Yankovic grabbed attention around the globe for their talent & humor, but in today’s wasteland of social media ideations & the culture of beauty, it’s become far more difficult for potato-faced artists like Soft Tommy to flourish.

Nonetheless, this crop did sprout & from it was born a living meme called Soft Tommy. His music is an invitation to everyone & a reminder that laughing at oneself is not only politically correct, but sometimes necessary. In this interview, Soft Tommy dives deeper into his pool of love for creating music.

Why music? Why now? Who told you to do this? More importantly, who didn’t say anything when you started releasing music?
I’d like to speak to an attorney.

I’m sorry. I’ll dial it back.
Thank you. I appreciate that. You seem like a good person.

Why ‘Soft Tommy’? Where did the name come from?
Soft Tommy just feels right. When I was working on my name, I wanted it to describe my truest form. Ultimately, I’m a deep thinker & am very in touch with my emotions. My hands might be dry & blistered, but ‘Soft’ really felt like the essence of my persona. My government name is pretty standard so ‘Tommy’ felt like a parallel to that.

You claim to be from The Internet. Is that 100% true or do you have a ‘hometown’? Van life?
I was adopted from another country at a very young age & grew up in the Midwest. I do have a very strong sense of ‘home’, but I grew up using The Internet to share my ideas, humor & creative projects so The Internet has always kind of been like a second home to me in that way. It’s been a primary way for me to learn new ways to make & share my art & that’s been extremely helpful for processing my life as I’ve experienced it.

When you’re making music or writing a song, who in the music scene inspires you the most?
While there are a few comedy artists I look up to, the music that inspires me comes from all genres & types of artists. Bree Runway really inspires & motivates me to keep changing/delivering on variety. I love strong vocals too. Ivy Levan, La’Porsha Renae & Lady Red Couture all come to mind. It’s interesting because my playlists are full of extremely talented singers or rappers, but what I’m doing is more focused on the content. I’m definitely a creative writer before I’m a singer or rapper.

If you’re a creative writer & not a singer or rapper first, why not just write?
Oh I write, henny. My track ‘Too Bad’ is clearly more focused on expressing or relating to a very specific feeling, but if you break down the lyrics in ‘Nerd Party’, ‘Error 404’ or ‘Horse Girl’, you can find some really fun multilayered content. My career has been in marketing & I majored in Film Studies in college, so I’ve written plenty & mostly for other people. Filmmaking in the past & music now is a more involved process that requires more skills. I get to write, produce music, shoot & edit music videos. Plus, it’s fast paced & it’s just one project & another. It’s never anything super long form like a novel or film. Music is efficient & fun.

What is your goal with your music?
If you listen to any of my music, read the lyrics or watch the music videos & don’t feel anything – I’ve failed. Optimistically, I’d love people to laugh & to be in on the joke, but not everyone is going to. So what’s the next best thing? Anger. Shock. Cringe. Discomfort. If I can’t make you laugh, I hope I’m able to give you something to think or talk about. Variety is the spice of life.

Did you write the song ‘Horse Girl’ about anyone in particular?
Oh, she knows who she is. Honestly, Horse Girl came from an authentic place for me. It was a lot of fun incorporating the idea of this Horse Girl Meme into the story of the song, but there is a message of longing for love in that song that’s true for me. Growing up, I had guinea pigs for most of my teen years (6th grade – Senior year & then some) & I developed this reputation of being a ‘guinea pig boy’. No one called me that to my face, but friends would ask about my guinea pigs a lot. Like, a lot. And when you’re young & insecure & wanting people to like you, there were times I’d struggle with my confidence & the question of who I was would sometimes be tied to my guinea pigs.

Could I ever find anyone who loved animals as much as I did? Or was I just another guinea pig boy in a Horse Girl world? It’s fun too to make a song that kind of is a call out to this community of ‘horse girls’ that probably have felt the same way at times. Maybe you are the Horse Girl in your class, but there just may be a shy guinea pig boy waiting out there for you.

‘Too Bad’ really stands out from the rest of your singles. Why did you go that direction?
This song was a cathartic process. It was all about creating something that was melodramatic, still comedy, but beautiful & more mature. It’s definitely a parody of my own ‘moving on’ from the past. A lot of heartbreak songs seem caught up in victimhood & ‘Too Bad’ was designed to show how that superficial cycle of thinking can build, but eventually all you’re left with are feelings you eventually need to let go of. You’ll look back on something that was painful, but beautiful in it’s own right. I’m the guinea pig boy & the nerd, but there’s more going on behind my glasses than my thoughts on the latest episode of RuPaul’s Drag Race.

You watch RuPaul’s Drag Race?
I watch & listen to a lot of content released after episodes air while I’m working on projects. The Chop with Latrice & Manila. Sibling Rivalry with Bob the Drag Queen & Monet X Change. Race Chaser with Alaska & Willam. Bootleg Opinions with Yuhua Hamasaki. (Who regularly has Rock M Sakura as a guest.) All of that. I’m definitely a Drag Race nerd. I love the fashion & the ‘talent show’ aspect of Drag Race. I’m openly gay & am so thankful the LGBTQ+ community has such a big microphone & spotlight because of the show. It’s been a huge inspiration for me to do my own thing.

Why are you singing about Horse Girls if you’re gay???
My love for Horse Girls comes from a real place! Just not one of sexual attraction. I’m not selling adult content or the lure of love. Comedy always has a place & my experience as a guinea pig boy was real so that song is still very valid.

What challenges do you see for yourself as an openly gay music artist?
Honestly, the challenge of being a comedy music artist is enough on it’s own. The ‘gay’ aspect of it would only be more challenging if I was strictly trying to appeal to a gay audience. Discussing sexual orientation is inherently a sexual topic & none of my music is about my sexuality. It’s all about comedy & perspective & identity. Being gay is a part of who I am, but it has way less to do with me & my music than other people might want it to.

Is there anything else you wanted readers to know?
Yes, you can find me on Youtube, Instagram & Tik Tok @TheSoftTommy. Like, share, subscribe, block – whatever! Please check out my music videos & visit my website at www.SoftTommy.com where you can download my music direct or make a donation to help support my work. Most importantly, keep supporting the independent artists you come across. There are a lot of other super talented singers, rappers & writers who really need your support. At the end of the day, I love what I do & hope you get a laugh out of it.