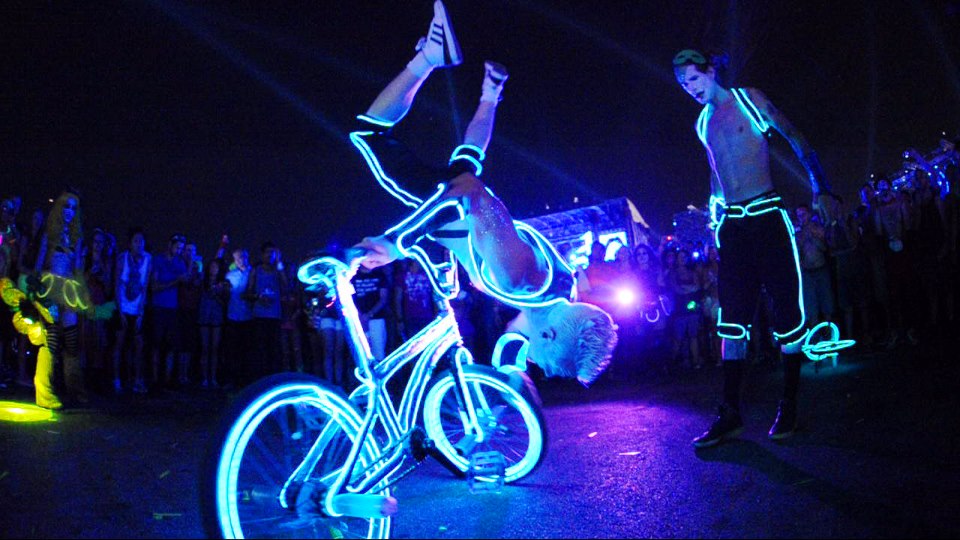 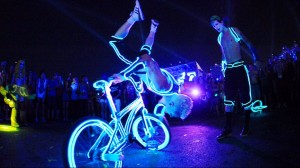 Freaknight Festival is Seattle’s annual Halloween event produced by USC Events. Freaknight is the largest and longest running electronic music festival in the Northwest and has grown into a massive 8 hour event that attracts top national and international DJs and thousands of revelers.

This year’s edition was sold out in advance, and that’s no wonder considering the line-up and giant production. 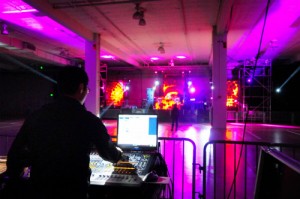 The Cauldron Of Bass was aside of the main room and was dedicated to all things bass music with acts such as Loadstar w/ Armanni Reign, Flux Pavilion, Borgore, Noisia, Netsky w/ Dynamite Mc, Modestep, Fury w/ Mc Dino, Big Chocolate, and Just One & Charlie Eon. USC has always been a strong promoter of this type of music, so it is nice to see that these acts had their own proper stage.

Super You & Me was Laidback Luke’s playground and he invited some of the top notch talent to play at his stage, such as Caspa, Nicky Romero, Sandro Silva, Switch, Oliver Twizt and Seattle favorite Flave. 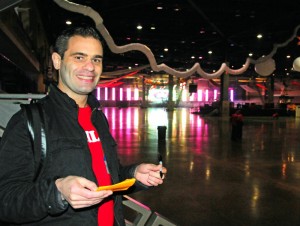 So how was the experience for your raging party-reporter Crazy Dutch Guy? Well, I made sure to be on time for an event of this magnitude since 22.000 people were expected to show up. All media reporters were welcomed by a friendly delegation of USC Events who led us through all that was going to happen that night. We got in before doors opened to check out all the areas, and I must say, this was really done well. As a guy coming from Holland where huge events are the norm, I can say it was impressive. The mainstage looked beautiful with its giant led wall that also added to all the lighting effects. The sound was good, but not overwhelming and the space was used really well. The main area was not divided into different sections, which meant it was one giant dancefloor – Awesome!

The Couldron Of Bass could be entered from the left side of the mainstage area. Another huge space strictly for the headstrong.

On the other end from the main area there was a way that led to the Super You & Me stage. This was where at least one previous Freaknight took place some seven or  eight years ago and was situated below the stages of the Seahawks stadium. Since this hall was long and  a bit smaller, it was perfect for  a laser show. Its colors were dope.. white/blue-ish.

Not long after, the show started. And slowly but surely, the venue filled up. People were really in the mood – almost every one dressed up and the first people were raging front of main stage. It was party time right from the start! Everyone was AMPED!

With Le Castle Vania taking mainstage, people really started to rock out and getting crazy – possibly helped by the big stage presence that Vania brings to the table.

I watched some of the show unfold from the VIP section which was set up very nicely – the only thing I kinda was missing there was a restroom, but everything else looked superb. Places to crash, tables to chill plus music and video streams from the mainstage as it happened.

Since it was such a large scale event, there were some growing pains which showcased itself in a long line in front of the entrance. For the people that had to wait in line, that was perhaps a down point.. But once inside everyone had their smile on. USC Events published a statement and apology about that here:

Other than the DJs there were a lot of other performers to be seen around the festival site. One of the most visible was Blake Hicks aka Tron Bike guy. He rode a BMX which was completely lit up and mingled himself through the crowd.

I checked out some of the other DJs playing.. Oliver Twizt was wreckin the place at the Super You & Me stage with heavy electro beats. Soundsystem was crackin and the party was poppin! 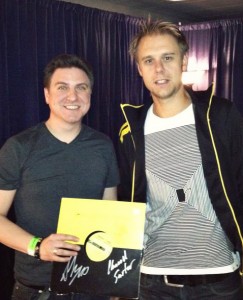 I went outside for a minute and stumbled into my friends Channel Surfer & DJ Marq – both featured on Hammarica.com before and among the leaders in the Seattle scene.

Channel Surfer is a producer who has released records on A State Of Trance, Discover Music and a whole lot more. He brought his vinyl! record from 7 years ago on ASOT and really wanted to have Armin sign it. I like a challenge, so we were gonna take care of that.

After some talking we ended up in the green room area where we had the chance to meet Armin. He signed Channel’s record and I conducted an interview with Armin which you can read here.

All performers were well taken care of and they clearly enjoyed the event.

Later on that night we also met up with Sander Van Doorn. Clearly tired, but very passionate. This guy is very down to earth, but still a musical genius. We ended up chatting with him for quite some time.

Highlights of Freaknight 2012 were definitely Armin’s set which a lot of people loved, but also Nicky Romero, Chuckie, Laidback Luke & Bingo Players were some of the more cheered artists. At one moment Chuckie turned down the music to ask everyone to sit down. He wanted the crowd to absolutely rage as soon as the beat kicked back in – The people complied and the moment the first kick hit the speaker stack we experienced a total explosion of energy. WOW!

All in all, your reporter had a great night and it’s great to see that the level of production has reached this stage in the Pacific Northwest. I can’t wait to see what’s going to happen in the next few years when it comes to large scale EDM Events. The next USC event is already on schedule: Resolution will be a massive New Year’s Eve event.

USC, thanks for an amazing night! 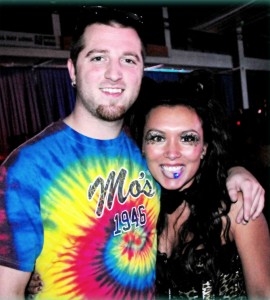 With thanks to Chris Herrera, Jason Woodill contributing photographer, Catherine Anstett of Seattle Weekly and Doug McIntyre of USC Events.