PEDRO DEL MAR, the driving force of Shah Music/Mellomania and brother of Roger Shah is among the most recognized names in dance music.

With a career behind the decks which has taken him from China to Ibiza, South Africa and beyond… over sixty countries to be exact, Pedro Del Mar is a DJ whose international reputation is renowned thanks to his Balearic and Uplifting influenced sets.

Pedro Del Mar appeared twice in the top two hundred of the prestigious DJ Mag poll and for many years has had a place in the top fifty DJ’s on TheDJList.

As a producer Pedro Del Mar has had numerous hit singles and remixes with a whole foray of the biggest labels in the scene, including the likes of Sony, Jive, Armada Music, Magic Island Records, Black Hole Recordings and In Trance We Trust. His tracks have received support from the worlds elite, with names such as Armin van Buuren, Ferry Corsten, Tiesto, Above & Beyond, Paul Oakenfold, Gareth Emery, Paul van Dyk and Roger Shah, all keen followers of the Pedro Del Mar sound. 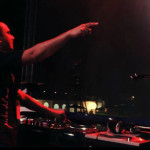 Not to miss out on yet another feather to the cap of Pedro Del Mar, his Mellomania brand is a worldwide sensation with a huge radio pull on both terrestrial and internet stations worldwide. Add to this his well received and ever-popular Mellomania compilations and the fact that he is the managing director of Shah-Music (Germany) and you have a real showing of what this guy can do. 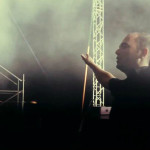 After having performed a 6 months (!) world tour back in 2011, he’s spending most of the time these days in the studio finishing many new projects and singles. His 2012 releases schedule was completely filled with new singles on the biggest labels like Armada or Black Hole and remixes for some of the world’s finest artists such as Jes, Roger Shah, Emma Hewitt, Robbie Rivera, Loverush UK, Paul Van Dyk & Arty just to name a few. And by having three (!!!) album releases on Black Hole in 2012, he might belong to the busiest producers around the circuit. Not to forget he did the anthem of the world’s biggest CD compilation “In Search Of Sunrise 10” and has all in all not less than three tracks featured on this prestigious album.