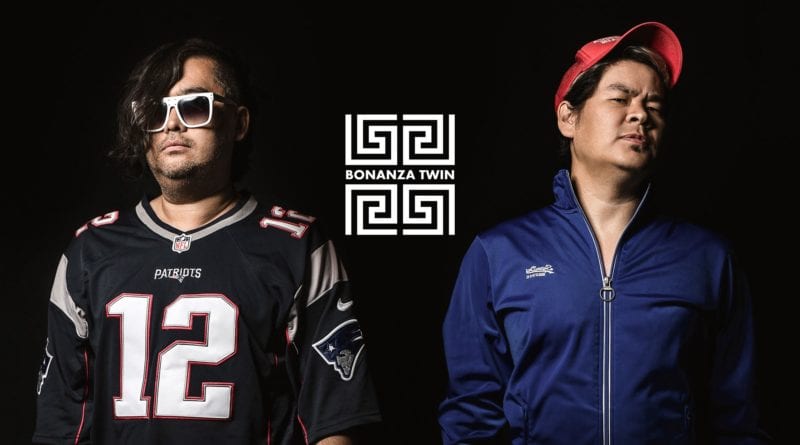 Hailing from Kazakhstan, Trap devotees Bagman and Armanuha take the full-on party time vibe and throw in an eclectic mix of trad sounds from their homeland.

An electronic music feast like no other — primed to get you up on your feet and making with your hottest moves.

Like all the best stories, Bonanza Twin’s ascent began with a really cool idea.

You get all the dancefloor power to deliver the good times, plus a unique feel that lifts the experience beyond what you’ve heard before.

Back in the day, the whole Kazakh Trap deal started out crazy — maybe a little too crazy for Central Asia.

The Bonanza duo stepped out first as MC Gul, then later as Chick Flick, and their first album hit the charts in Kazakhstan and Ukraine.

Kaz loved them, their fans loved them — and when they covered Punjabi MC’s Mundian To Bach Ke, he tweeted the good news.

That’s when the guys figured (*deep breath*) we gotta bring this feelgood sound to the world!

So they flew out to Los Angeles. Some of the planet’s most awesome music got ignited here — so for four creative months, B.T. touched base with as many smart music industry insiders as they could and stopped by on conferences along the way.

They did some tracks. They shot two videos. They showcased their stuff at some truly rad LA clubs.

Truth be told, they lived the whole Kazakh guys gone crazy in the US dream.

Now Bonanza Twin are on a mission to boost their trademark Kazakh-style Trap.

Like plenty people, they’re fired up by Skrillex, Yellow Claw and Boombox Cartel — but they also love their authentic homeland sound.

That’s why Bonanza Twin take Trap’s energetic thump beats and dizzy them up with culture-packed crazy.

Throw a hand-crafted “shan’ kobyz” instrument at Trap’s synthetic smackdown and you’ve got dance steps busting out of … the actual Steppes.

The duo’s latest creation Scrape Along is coming in September, 7 — and there’s 3 more track to come really soon.