Friday September 28th was arguably the climax of Decibel Festival. Motor City Masters took over Neumos nightclub and what a party it was! It was a night filled with smashing sets, all brought by artists coming from the birthplace of techno: Detroit. 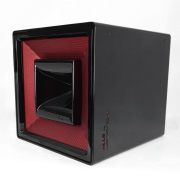 Jerry Abstract took the honors for opening the night. And unlike at other events, he was not just the opening DJ. No. He set the tone right away with a fierce set of grooving but powerful techno. Jerry took full use of the massive new sound system at Neumos nightclub. A system I had not seen or heard before called The Avalon by EAW. It not only looks beautiful, but the sound is crystal clear and punchy with an amazing bass response. As Jerry was playing some dubby off-beat stuff with 808 like kick drums, you could really hear the potential of it all. Early in the night, he had the whole room dancing and his round of applause was very well deserved.

Next up were Octave One aka the Burden Brothers. Most people should be familiar with their classic Blackwater. A piece of pure melodic Detroit techno with a bass line that is so distinct, it reaches the state of perfection. They are also known as the owners of the 430 West label, which has released one of Detroit’s more ‘recent’ classics Knight Of The Jaguar by DJ Rolando.

Octave One are live performers: They don’t DJ. Instead they take a complete studio set up to stage for live performances. (Later in the night, when Carl Craig had taken the stage, he went up to the stage in front with this set up and told everyone how it looked like Guitar Center here.)

There was only a short silence in between sets, but when Octave One started the first sequences, it was clear the sound system was turned up just a notch. Well to be fair, it got so loud that ear protection was needed. So using smart marketing, Decibel Festival was prominently selling ear protection sets for 10 bucks a piece. So I had to get a piece; yet, I must say the ear protection was of a good quality and reusable. It sounded good!

Now Octave One were really into it. It was a joy watching these guys play. Not only were they completely on one line with each other when it came to making live arrangements. Their energy on stage was remarkable and unlike many DJ I have seen. Jumping continually and nodding their head to the beat like madmen. From a musical standpoint, their set was a masterpiece. And considering this was all done live and on the spot, it was very impressive. They were throwing big kicks, menacing loops, and at times, soulful melodies to the crowd which couldn’t get enough of it. Sadly there was a point where they had to stop and introduce headliner Carl Craig. 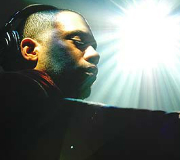 There was just a short breakdown where the lights came up for just a minute or so; And Octave One took their applause. But then Carl started his set with dubby slower techno. People liked it. He actually pushed the sound system even further, so I was really glad that I had those earplugs in. His set was a little bit more housey.. even with some disco-ish intermezzos. Still throwing down some hard rockin techno classics at times like Jeff Mills’ The Bells. He engaged with the crowd by taking up the mic acting like an emcee. One of the last tracks he played was the Derrick May evergreen Strings Of Life. The room exploded. Sadly, Carl stopped his set rather abruptly. There wasn’t an encore, but all in all, it was a fantastic night with tons of energy and an educated crowd.

Each of the DJs on the bill had an equal impact on the night. It felt like three headliners all along. Decibel, this was a solid showcase!