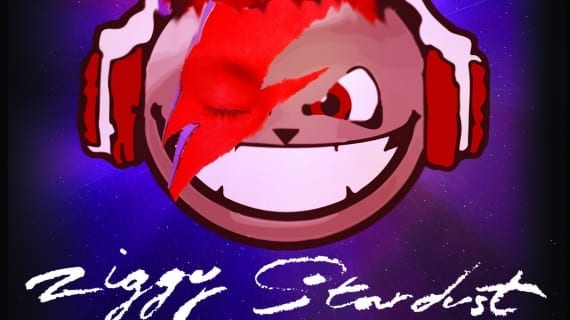 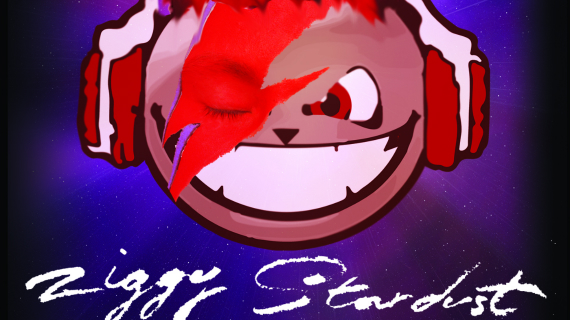 KALM KAOZ and its label, MASSIVE DECKS, announce the release of “ZIGGY STARDUST” from their upcoming EP entitled, K-HOLE.“ZIGGY STARDUST”, KALM KAOZ’s remake of David Bowie’s epic track of the same name originally released in 1972. “ZIGGY STARDUST” is a follow-up to KALM KAOZ’s highly regarded “GET HAPPY” remake of the renowned Judy Garland swing-time track. KALM KAOZ’s vision is to build bridges, from old school rock ‘n roll and myriad influences to today’s dance music community. The music video was recorded in the California desert and will be released soon.

Johann of BPM Magazine South Africa was one of the first persons to hear the track and he immediately took to Twitter, tweeting: “@KalmKaoz have send me a secret private @SoundCloud treat – a Ziggy Stardust instrumental they’ve been working on… loving it.”

KALM KAOZ continues its effort to bring more complexity and texture to the electro house genre. They are a juxtaposition to today’s continued simplification of production and music within the genre. The “ZIGGY STARDUST” remake is an epic adventure. The track breaks boundaries and is expansive, bringing layers of detail throughout the track. From unique synthesizer sounds, Brazilian vocal-chops woven into the driving tapestry of the percussions, to the track’s amalgamation of sounds, including deep house and tech house, KALM KAOZ’s “ZIGGY STARDUST” is potent. 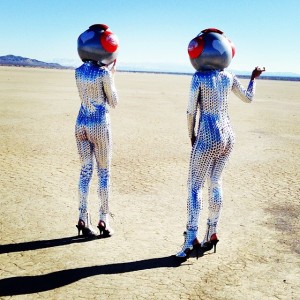 KALM KAOZ hopes to highlight Bowie’s vision. The original “ZIGGY STARDUST” track was part of the album “The Rise and Fall of Ziggy Stardust and the Spiders from Mars” released by Mr. Bowie, representing a grand theatrical presentation. As with KALM KAOZ and it’s “MAYHEM TWINZ”, Ziggy Stardust represented Bowie’s alter-ego, a rock star who acts as a messenger for extraterrestrial beings. Ziggy is the human manifestation of an alien being who is attempting to present humanity with a message of hope. Ziggy Stardust represents the definitive rock star, but with a message, ultimately, of peace and love.

As SlingR from KALM KAOZ said, “We’re into building bridges, musically and personally. There’s so much music out there that people aren’t aware of and we’re all about sharing music.” Motoe Haus of KALM KAOZ followed, “The track evolved over the last month. We revisited the production after our inspiring European pilgrimage. You can hear these influences in “ZIGGY STARDUST”, incorporating deep house and tech vibes into our big room sound.”

Hearing the preview of KALM KAOZ’s “ZIGGY STARDUST”, MTV VJ and highly regarded rock ‘n roll historian, Mr. Matt Pinfield, said “KALM KAOZ fuses the power of dance music with the timeless classic Bowie track to bring it to a new level. The KALM KAOZ track introduces a whole new generation to the alchemy of Ziggy, just as Bowie did when he introduced the rock world to electronic and dance with “Low and Young Americans”. Legendary DJ and producer Mr. Mohamed Moretta added ““Kalm Kaoz breathes a breath of fresh air into the cookie cutter sounds of today…one word burns in my head every time I hear Ziggy Stardust… ADVENTUROUS!”

“ZIGGY STARDUST” is being released after KALM KAOZ arrived back from a month in Europe, throwing its first-ever “ELECTRIK KOOL-AID” party in Ibiza with the Pacha Group during Ibiza’s closing season. The closing season party was followed by SlingR’s appearance on the AMSTERDAM DANCE EVENT’s radio panel, along with Armin van Buuren, discussing the future of music and and technology.

KALM KAOZ is also working to bring their ELECTRIK KOOL-AID party to clubs and festivals around the world, so stay tuned. KALM KAOZ RADIO is in the works, so let the peace, love, mercy and mischief begin.