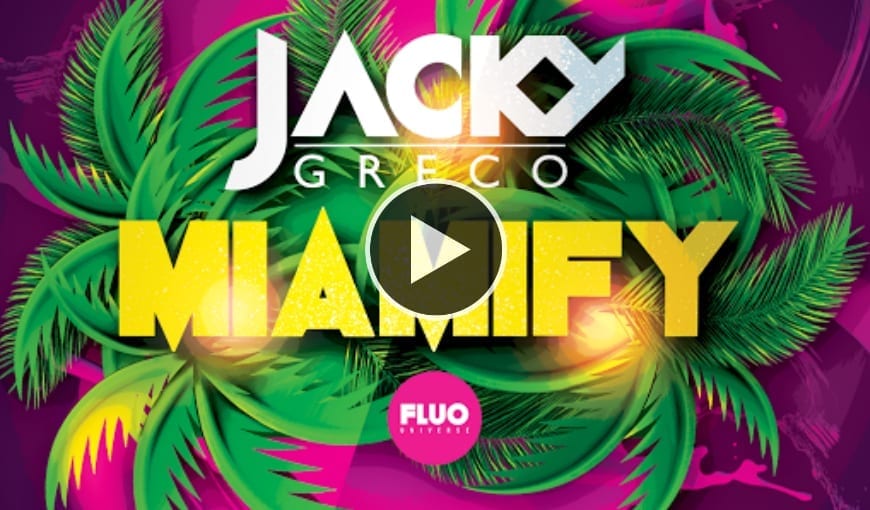 Few people would disagree that Miami is one of the undisputed Mecca’s of electronic dance music, and all the good things that come along with the EDM scene. Recently, Italian DJ and Producer Jacky Greco announced he’s releasing his EDM / Big Room tribute to the city and its beautiful women, the single “Miamify” on FLUO Universe. Anticipation is high and early reviews have been passionate.

The type of sound that can get even the largest dance floors moving, hard. A message that celebrates the best parts of a city that lives for EDM music. That’s exactly what Italian EDM DJ and Producer Jacky Greco is delivering on his new single released through dance label FLUO Universe. It’s called “Miamify” and it could just be the big hit of the season. “Miamify” will be available March 9th at Beatport, iTunes and the rest of the major digital music players. 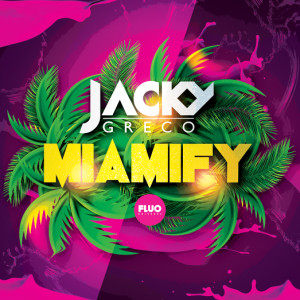 “For me this is the spirit of the Winter Music Conference in a song,” commented Greco, who is a regular feature at the EDM winter week long events in Miami. “I know my fans are going to love ‘Miamify’ and I hope it inspires new listeners to explore what I’m doing to.”

In addition to the March 9th debut of “Miamify” as a download online, Greco is also bringing the song in, in style in Miami as well. A very hot release party is scheduled at Ocean’s Ten on March 19th, with free entry and doors opening at 12:00pm. With this year’s Winter Music Conference starting on the the 24th, the “Miamify” is set to get the city ready for a spectacular WMC 2015. Expect the party to be a tribute to Miami girls in all of their sinful glory. Dancers and attendees alike will be dressed to celebrate the mood.

Anyone who downloads the exciting new app Miami Juice (from the City Juice Group) and attends the the “Miamify” release party will have a free welcome drink waiting for them. Miami Juice is available for both Android and iOS and helps connect users with local specials, coupons and discounts at restaurants, shops and clubs – a very smart app to have on hand during the Miami Winter Music Conference for great offers and savings.

As for the song itself, early reviews are coming in and they are passionate. Expect it to be a huge WMC hit.

The EDM House Network, recently said about the single, “Very unique drop! Drop hits hard and its very powerful, Would kill a festival!”

For more information be sure to visit http://www.jackygreco.com

OUT NOW ON BEATPORT [FLUO]