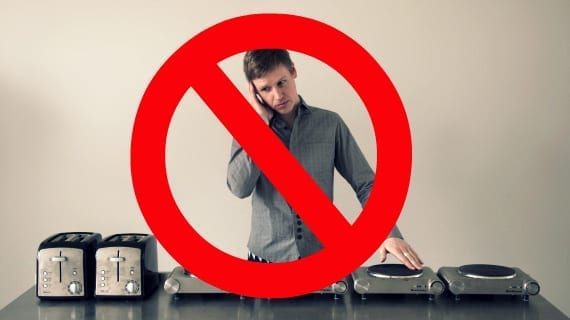 “Well that was a great weekend… Rotterdam was a real pleasure and Marsatec was fun but it wasn’t the way it should have been.

One of the perils of traveling is that your plane can be late and you can miss a set time or worse, a gig. Shit happens, but for a DJ / management to choose a flight that even if it arrived 30 mins before schedule would have still meant missing your time slot is unacceptable and totally selfish and unprofessional.

When we (I flew with the other artist) landed in Marseille the plane was pretty much on time and the driver was there. But when we got in the van, only then (whilst travelling at a speed that was not relaxing) did I find out that this artist chose specifically this flight because he did not want to get an earlier one (this has happened before with the same artist a while back). We got to the venue and he rushed to set up immediately, but this was forty minutes before my gig time so something had to give. So I offered to start my set time 45 mins later, which meant because of this artist refusing to get an earlier flight that my set time was 1 hour and five minutes long (the promoter kindly kept the venue open a bit longer as I was the last headlining act).

But let’s be clear, in other arguments that have been online about this particular artist, it isn’t about his technique or style (if Daft Punk “Around the World” makes him happy then who am I to criticize?) but if he showed some professional care this wouldn’t have happened. If someone’s flight is late then of course everyone would feel good to help as much as possible, but even if the flight arrived 30 mins early would have been too late and you don’t get a thank you or apology then wtf? I am not going to “name” the artist but just let you guys know that it isn’t always smooth on the road and sometimes that isn’t down to the airlines

I also want to thank the wonderful people behind the scenes at Marsatec who were totally professional.”