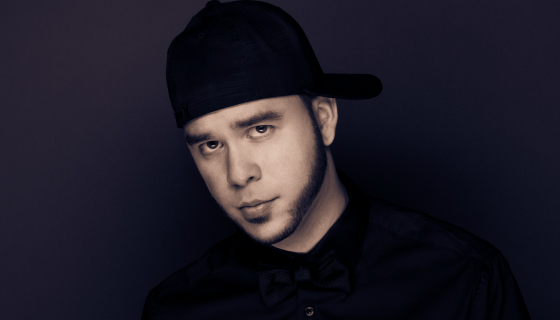 Strands of sound entwine in order to make bodies move and shake. It’s a simple principal that extends from the atoms themselves all the way to the people on the dance floor. Jared Matos a.k.a. Digital LAB remains something of a sonic scientist in his own right. The Miami-based DJ and producer mixes house, progressive, and electro into an irresistible and intoxicating blend. Now, he might just make clubs everywhere explode…

Stylistically, its a mixture of progressive and minimal music, with a wide range of vocals laid on top.

My SD cards with my music (always have a backup as well) my headphones, and a glass of johnny walker black label

What makes you shy?

It used to be talking in front of large amounts of people, but being in this business and playing the venues that I’ve played has helped me overcome that fear.

If you had to pick one of your productions as your most favorite one. Which one would that be? And is there a thought behind it for it to be your favorite?

It would have to be my most recent single “Hit It” on SIZE Records, as it’s one of my biggest tracks to date, reaching #2 on the Top10 Beatport Chart, and one of my favorite tracks to play live.

Your favorite label to work with?

Size records and Vicious records have been great labels to work with, and I definitely look forward to working with them again in the future.

How do you like dubstep and other forms of bass music? Do you see yourself producing such styles of music in the future?

I personally love dubstep and all forms of bass music. I have produced some of it in the past, but not sure if any of it will see the light of day, maybe as some free downloads for the fans 🙂

Who is your favorite artist outside of EDM and why?

Outside of EDM right now would have to be an acoustic artist named Ed Sheeran, the guy is just a musical genius and its amazing the things he can do with only his guitar and his voice.

Thanks a lot for having me, really appreciate it, and be on the lookout for my next single and another single collaboration with Wayne & Woods from Size records. I’ll be playing both at the show :

www.thedjsessions.com will broadcast a one hour live performance by Digital Lab