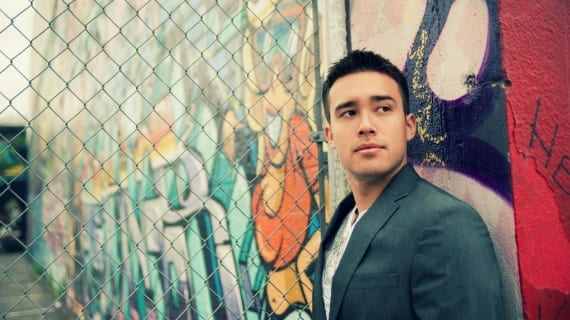 FLOW ZEN, by origins a dubstep producer, surprises the industry with a new 5 tracker EP where he merges various styles of bass driven EDM. The title track – and first single – is TOGETHER AGAIN – an upbeat, high energy, and melodic Progressive House track that features Flow Zen’s longtime friend, JENNY D, on vocals. The idea for the ‘Together Again EP’ came from experiences at various big timer EDM festivals.

Flow Zen: “I wanted the EP to express the feelings my friends and I felt at these shows. Not only were they amazing experiences to hear great music from our favorite artists, but my friends and I live all over the world now, so these kinds of events provide the chance to bring us all together. We simply can’t be the only people experiencing that. So the Together Again EP as a whole – and the first single, Together Again – represents that feeling of being reunited and sharing a special moment with the friends and people you truly care about.”

FLOW ZEN has a rich musical history. Together with his musical partner Aki Shimo (Kuga), they form the hip-hop crew NjS. Both grew up together in San Francisco, and the bay area was – and still is – predominantly a hip-hop scene. While on a high school graduation trip to Japan in July of 2007, Flow Zen and Aki decided to buy some cheap equipment and to try out rapping and recording. They started producing bilingual Japanese / English hip-hop and were able to perform all over Tokyo, Japan for the next five years.

Flow Zen’s introduction to EDM happened when he went down to the University of California, Irvine for college. He soon found out that he had left the hip-hop dominant Northern California for the EDM minded Southern California. Still a hip hop guy at heart, he finally gave in when one of his friends came over one day in early 2009 and showed him a dubstep track. From that point on, he knew it was something to explore further. After experiencing EDC 2009, he ultimately initiated the shift towards EDM production.

Flow Zen’s previous solo release KILLER DJ on the Dirt, Lies and Audio Black label is an upbeat Glitch/Dubstep/ Electro-House banger which had a good amount of success. His track ‘Why’ (Original Mix), as well as two songs by NjS were semifinalists (top 9% out of over 20,000 entries) at the International Songwriting Competition in 2012-2013. Also, the track ’25th Century Funk’ was a finalist (top 5 in Dance/Electronica category) in the 12th Annual Independent Music Awards in 2013. 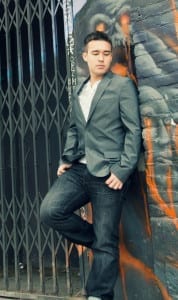 Flow Zen: “Some people think it’s funny that I’m part of a hip-hop duo that has a really jazz influenced sound – think Nujabes – and that I also make electronic music since they appear to be polar opposites. One’s natural and one’s very artificial. But I don’t think I could ever choose one or the other. I’m a music artist, not a genre-specific artist. Genres are for the constrained. I do the types of music that I enjoy, even if they aren’t anything alike.”

The EP clearly shows his diversity. Next to TOGETHER AGAIN, we find three more original tracks. ROCK THE HOUSE is a funk-influenced Glitch-Hop/Dubstep track featuring Flow Zen as a rapper. FALLING DOWN is a melodic vocal Dubstep track with Flow Zen on vocals. BEAT ON YA is a heavy Drumstep/Drum & Bass track. It starts off kind of funky and then drops hard. The closing track of the EP is the radio edit of TOGETHER AGAIN. 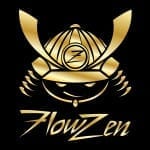