Blending numerous genres to create a totally unique experience, David Quinn features a distinctive production sound; along with a raw live performance. Releasing his second full length EP in the middle of March 2013 at the age of 19, this talented young artist isn’t waiting for his career to magically appear, but rather chasing after it full speed. 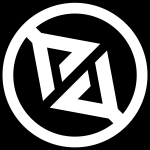 In the few short weeks since the albums release, it has already created a considerable amount of commotion, raising eyebrows and turning heads in both New York and Orlando, Florida where David spent most of his childhood before migrating back to Queens to pursue his music career.

David Quinn’s live sound and performance is composed of raw emotion and viral energy, drawing heavily from his post-hardcore musical background. Using this musical talent in his production, David has a unique take on electronic music, bending genres and leaving an imprint on a generation lacking heart behind the art.

With amazing production skill, a strong passion for music, and a huge discography already amassed for such a young producer, David is a diamond in the rough, which has yet to be put on display for the masses. That will soon change.