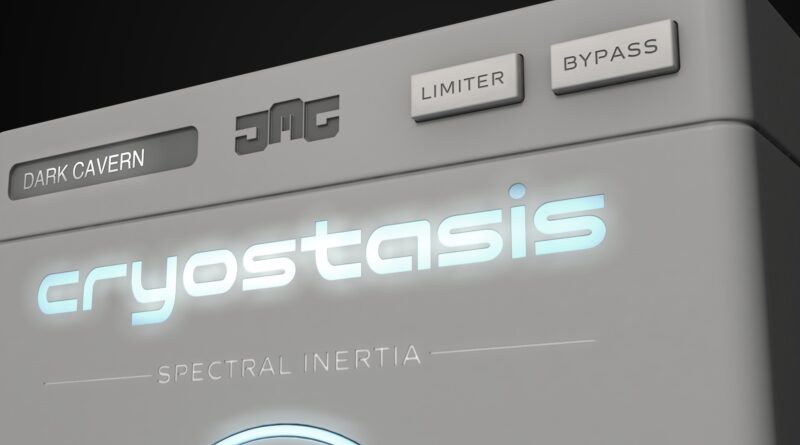 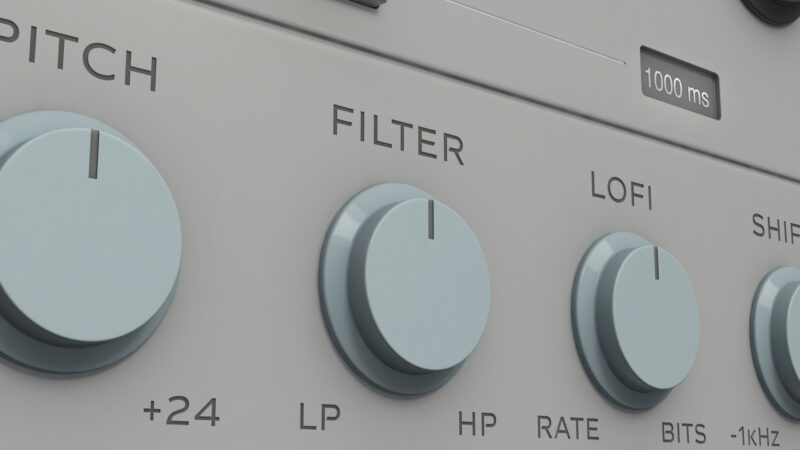 independent development teams federation United Plugins is proud to announce  availability of founding partner JMG Sound’s highly-creative Cryostasis plug-in — an appropriately-named SPECTRAL  INERTIA effect enabling progressive smearing any audio of until it is infinitely frozen in time, thanks to spectral effects  and controls that shape the character of the frozen tail to blur audio into atmospheric soundscapes — as of  October 6…

Cryostasis itself is defined as being the reversible cryopreservation of live biological objects; on the face of it, then, it is also an appropriate name for an  effect plug-in placing music into a state of inertia — if it is possible to imagine such a thing. Thankfully, the imaginative team at JMG Sound have come  up with a spectral freeze effect called Cryostasis to do just that, so users can concentrate on taking their music into a different direction, both speedily  and easily, thanks to its spectral effects and controls that shape the character of the frozen tail to blur audio into atmospheric soundscapes. All are  controlled by a continuously variable ‘freeze’ knob or an auto switch that can be timed in milliseconds or musical measures. Manually control the  freezing process with the aforesaid knob or tell Cryostasis how quickly to take the sound from normal to frozen, in other words.

What is more, though, is that there is more to the superficially simple-looking Cryostasis plug-in than might first meet the eye. Examples of this include the  SIZE parameter, which will change the time length of the spectral window, which will in itself completely change the sonic character — lower values  sound unnatural and robotic, while higher values sound smoother and atmospheric. And balancing out the easy-on-the-eye GUI (Graphical User  Interface) is WASH, which controls the amount of reverb that is used to diffuse and smoothen the ‘freeze’ effect into a lush and smoothly modulated  reverb tail. Try creating spaced-out ambience and soundscapes that dissolve into the ether — surely sweet (ambient) dreams are made of this, while it  can even be used as a sound design tool to create frozen vocal loops to load into a sampler! 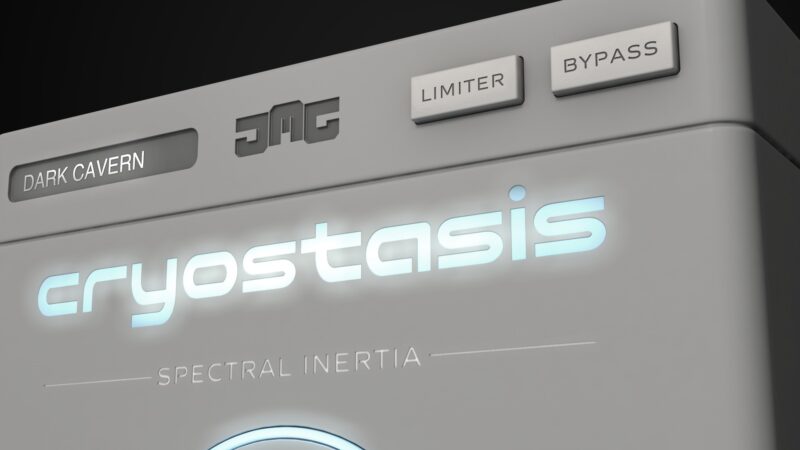 And as if that was not enough to get Cryostasis users shaking with excitement — and hopefully not from an energy crisis-induced cold when working with  Cryostasis in colder climes, it is well worth noting that it also has continuously variable freeze functionality — unlike most other freeze plug-ins, so users can  smoothly transition between freeze states, or even partially freeze to create time-smearing effects.

As always, JMG Sound’s highly-creative Cryostasis plug-in shares several admirable attributes with fellow family members now numbering 26 plug-ins,  each playing their part in United Plugins’ proliferating product portfolio, providing maximum audio quality by using internal 64-bit audio processing as well  as being able to handle any sampling rate — why not try it at 192 kHz (or even higher)? — and also the fact that it intelligently detects whether it makes  sense to perform any processing at all; if not, it temporarily turns on sleep mode, meaning it requires virtually no CPU power at all, thereby saving  computing resources for other processes. Putting a photorealistic 3D yet flexible GUI to the test with Cryostasis, likewise, leaves its users with the impression  that they are working with real world hardware; however, it easily adapts to their needs since they can always drag the arrow at the bottom-right corner  to change its size — smaller to save precious ‘screen estate’ or larger to make it easier on the eye and, as a result, even easier to use than it already is.

It is fair to say, then, that there are (almost) endless possibilities for Cryostasis users to craft creative transitions that are applicable to single tracks or whole  songs in the studio or on stage. Surely getting frozen has never been so much fun — or so quickly reversible!

JMG Sound’s Cryostasis is available to purchase for a time-limited introductory promo price of only €19.00 EUR until November 13, 2022 — rising thereafter to its regular price of €79.00 EUR — as an AAX-, AU-, VST-, and VST3-compatible plug-in (using internal 64-bit audio processing capable of handling any sample rate) directly from its dedicated webpage (https://unitedplugins.com/Cryostasis/), where a 15-day, fully-functional trial version for macOS 10.10 and newer and Windows 8/10 can also be downloaded for free.

Note that no iLok, dongle, or internet access is required for Cryostasis activation. (All United Plugins software uses license files for activation and owners can freely use purchased software on all their computers as long as they are the user.)

See and hear Cryostasis in action

As implied in the carefully chosen wording for an apt appellation that really represents how the Prague-registered Limited Company came about and what it collectively creates,  United Plugins is a federation of small, independent development teams comprised of individuals involved in the music industry. Indeed, the founding triad of FireSonic, JMG Sound,  and SounDevice Digital can count engineers, producers, and artists amongst their ‘united’ names. Needless to say, all were seeking the freedom to create the tools that they would like  to use in their studios and on their projects. And all agreed that this could be better achieved when working together. Though United Plugins’ proliferating product portfolio may not  always be for the musical masses, surely someone, somewhere will always find those tools to be a perfect fit for their own music productions… just like those inventive individuals behind  United Plugins’ partner brands, the ranks of which have since swelled to include Muramasa Audio and MeldaProduction. Thanks to the latter letting United Plugins utilize its super-easy  licensing system, which is why selected MeldaProduction products are also available from the United Plugins website, a thriving future for the federation is assured.