Art Beatz is a DJ/Producer/Remixer whose creativity and passion for music keeps him working around the clock.
“I wake up in the middle of the night to compose a beat,” he says.

The Baghdad-born, Worcester, Massachusetts-based creates a sound all his own by bringing together the music of his homeland of Iraq with the current sounds of House/Electro/Dance/Pop. He also draws inspiration from the work of past masters. Art’s brother Bassam, who learned to play music on a church organ in Baghdad, taught him to play music by ear. Art now composes beautiful pieces whenever he sits down at anything with keys, be it a baby grand piano or a Korg Triton keyboard in his home studio. His mastery of Logic Pro allows him to create music in nearly any location.

In addition to recording at the Art Beatz Studio, Art recorded with acts at the prestigious Long View Farm Studios, which has hosted greats such as the The Rolling Stones, Aerosmith and Mos Def, as well Cybersound in Boston. Art Beatz record “Go Crazy” with Ariez Onasis ft. Fatman Scoop & Clinton Sparks has gained airplay on Boston’s JAM’N 94.5 and other national radios in 2011. His latest Electro/House banger “Riot” has been supported by djs all around the world. Beatz has also produced for major artists Nicki Minaj, Ne-Yo, Lil Jon, Fatman Scoop, Clinton Sparks, Tamer Hosny, and Jae Millz.

Art is the current resident DJ at the Boiler Room in Worcester, Ma and plays nationally. Some of his past gigs featured DJs like Alesso, DJ R3hab, Otto Knows, Clinton Sparks, DJ Skribble, DJ Enferno, Boris and Crooklyn Clan’s DJ Sizzahandz as well as Celebrity DJ Samantha Ronson. He has numerous mixtapes, including his most recent release, House Invasion Vol. 8 (July 2013). His remixes of songs by artists such as Lil Jon and Britney Spears span several music genres. 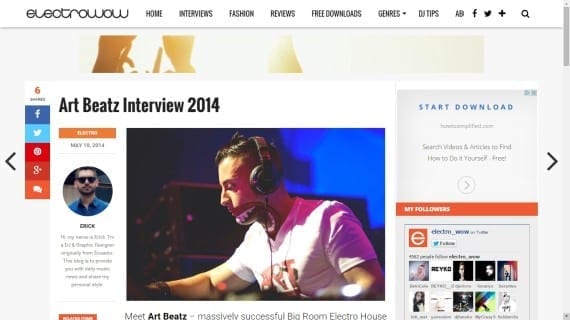