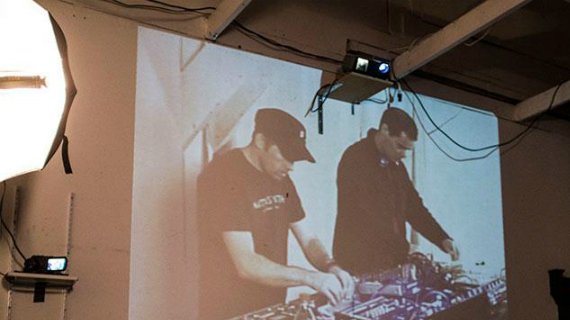 AREA 303 stands for the best in live techno and acid performances. In an era where laptops are the norm, AREA 303 members Larry Kleinke and Wilf Libgott stay true to the oldschool sound utilizing an array of analog synths, drum machines, mixers, stomp boxes and the latest sampling groove machines.

Machinedrums, Roland TR drum machines, TB 303 clones, Electribes and more are hooked up together to bring a raw and intriguing sound. Since they have control over every single note played, they have the ability to directly interact with their crowd and tweak to perfection. 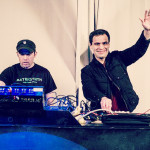 As one of the few techno artists, they host a WEEKLY VIDEO CAST on ITV LIVE The DJ Sessions. Fans are able to download the video cast directly from iTunes and experience the performance right from their iPhone or iPad.  http://bit.ly/Area303vidcast

Under his solo guise Computer Controlled he has released records under the following labels: 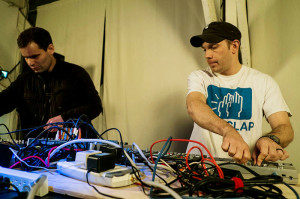 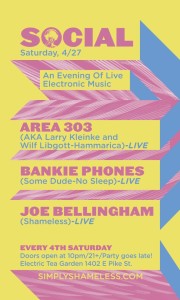 Shameless – Keeping it weird since 2003.
www.simplyshameless.com