From tearing up dance floors in the worlds clubbing capital Ibiza, to playing sold-out shows in Miami; rocking boat parties on the Sea of Cortez; to headlining at some of the world’s most prestigious clubs – Rachel Sehl has firmly established herself as one of dance music’s leading ladies.

Best known for creating the Sunglasses At Night clubbing brand, Rachel has been making some serious waves recently with her music production. Her remix of Fadi Awad’s ‘Free Your Mind’ was supported by industry heavyweights such as Richie Hawtin, Fedde Le Grand, Behrouz and charted at #24 on Traxsource, #2 on iTunes Top 20 Dance Songs, and #1 on HTFR (UK) Her latest single ‘How Do You Hummus’ an infectious, genre defying blend of house, with techno style drums, and a future house style bassline, hit #46 on Beatport. She began her production journey by collaborating with UK based producer, Beatmode. Their first track together, ‘Can’t Help The Way’ a euphoric tune, that effortlessly blends soul and techno, was signed to Mad Hatter Recordings, and charted at #15 on Traxsource. Their second track, ‘Preview’ signed to One More Tune, cracked the Beatport Top 100 and was featured on Tiesto’s Club Life mixes and the Dmcworld Buzz Charts. She’s also had film success with her remix of pop sensation Carly Rae Jepsen’s ‘Tug of War’ being featured in the ‘Ecstasy’ movie soundtrack and her unreleased track ‘Ready for Luv’ is set to be used in the next Fruttare commercial, which she is the lead actress for. 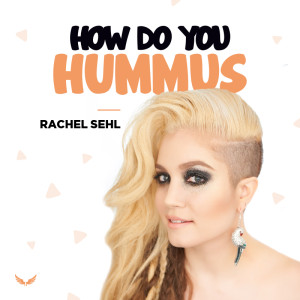 Her electrifying stage presence and flawless DJ sets have gained her a devote international following.  Sehl is a true master of the dance floor with an uncanny ability to read a crowd – always giving them what they want while effortlessly pushing musical boundaries.  She’s had the privilege of working with some of the top dance music brands in the industry, like Hed Kandi, Pukka Up, and Fashion TV. She’s hosted two very successful radio shows – The Addictive Tour Radio, which airs in Mauritius, Portugal and Argentina, as well as, TheHouse.fm, which airs in Canada and online.

Rachel’s acute business sense and love for design inspired her to create the Sunglasses At Night clubbing brand, which has gone on to become an international phenomenon, copied by many. The huge popularity of Sunglasses At Night, resulted in tours of Spain, UK, Netherlands, Sweden, Mauritius, Canada, United States, and Mexico,

This successful DJ, producer, radio host, as well as, actress, fashion enthusiast and entrepreneur is the complete package. Keep a close eye on this Canadian talent ’cause she is poised to take the electronic music scene by storm.