The name of DJ GIZMO stands equal to the success of the ‘gabber’ house in the 90’s. As part of the Dreamteam he played the world’s biggest raves. But he did not just have success as a hardcore DJ. His Harder Mach CD series (Sony Music) proved to be one of the most popular within the Hardstyle genre and included no less than 9 chapters. 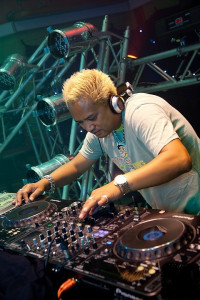 To start at the beginning… Ferry Salee (Dj Gizmo) was born the 3rd of June 1965 in The Hague. In 1988 Ferry joined a mix contest at a Dutch TV channel. There he became 4th behind DJ Jean who became 3rd, Michel de Heij (2nd) and Erick E (1st). In that period he played at a lot of parties. In 1989 he started to play House and often performed at events outside Holland, like BCM on Mallorca together with Carl Cox and on Ibiza.

Around 1992 a new music style, called ‘gabber’ quickly became popular and ever since it went fast with the career of Dj Gizmo. He became a resident DJ of Rotterdam’s legendary Parkzicht club where he performed alongside DJ Rob, Paul Elstak (Rotterdam Records founder) and The Darkraver. Gizmo’s fame further grew with his performances at the legendary Rave The City events and not much later he became a member of THE DREAMTEAM together with Buzz Fuzz, Dano and The Prophet! This famous DJ team has had gigs all over the world. In Holland Dj Gizmo performed solo as well as with The Dreamteam at parties like Mysteryland, Hellraiser, Thunderdome and Megarave, Defcon1, Decibel Outdoor, Nightmare, Raving Nightmare, Fantasy Island, Cape Fear & Ground Zero and so on… 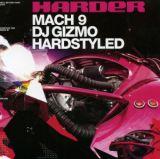 In 2002 he started a new Hardhouse/Hardstyle compilation series on Sony Music called: DJ GIZMO – HARDER MACH SERIES. It included 9 successful chapters. DJ Gizmo was among the first to lead within the hardstyle genre and released a range of hardstyle classics with Showtek, Zany, Brennan Heart, Deepack, Southstylers, Technoboy and many many more…

Thanks to his broad interest as well as his experience of years he can play different music styles. He can perform with Disco, Soul & Funk, House Music, and off course Early Hardstyle, Hardstyle, Old Skool, Early Rave, Happy Hardcore & Mainstream Hardcore.