Some people are destined to be on stage. Artento Divini is one of those people. Whenever he is in control of the decks, Artento’s charisma shines throughout the entire venue and his sparkling energy creates an atmosphere suitable for any party minded crowd. 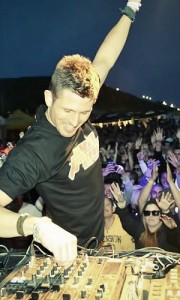 Production-wise Artento’s skills have proven to be able to make instant floorfillers and his tracks were released on leading labels such as High Contrast, Energetic Sounds, Armada, In Charge, For Ava Recordings, Coldharbour Recordings, Doorn Records, Reset, Ultra,

Having played numerous events and clubs, Artento’s résumé is full of renowned gigs. Trance Energy 2009 – 2010, DefQon1 (orange stage), Fusion of Dance, Monday Bar Cruise (SE), Free Festival, Dance Valley, Transfusion (CZE), Grotesque, Lashed, Emporium, In Qontrol, Trance Nation, Sunrise Festival and many many more have been Divinized and the best is yet to come. His residency in Club 139 in Poland, has brought him to many Eastern European clubs and events and so the rest of the world is at his feet. 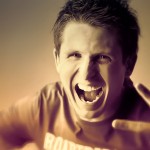 In 2013 Artento Divini will be at the top of his game with at least a dozen new releases and remixes. Recently Armin van Buuren said some positive things about  ‘Artento Divini – Drop Off’ on Holland’s biggest radio station Radio 538 and if it’s up to the man himself, this is only the beginning. You can keep up with Artento’s new work every Wednesday on Dutch radio station Fresh FM where you can listen to Front Of My Bag between 11 pm and midnight or every Thursday evening between 9 and 10 pm at FG Radio.

Every F.O.M.B. is also available as a podcast on a.o. Soundcloud and iTunes. So keep your eyes peeled for the man of the hour. Artento Divini is the name, mindblowing electronic dance music is the game
.