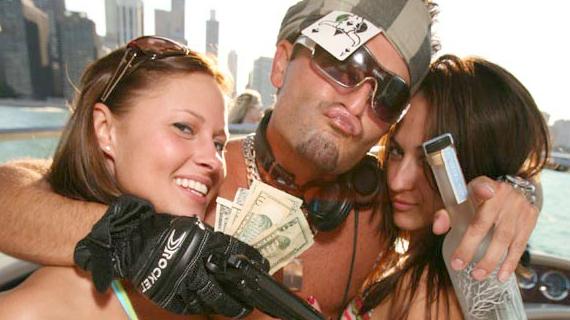 Since promoters like DJs who they can massively underpay for all their hard work, they do need to sift through the pile. And that ain’t easy.

The road to success is a long one. And every self respecting DJ deals with the struggle to promote themselves on a daily basis. It’s not just about making great tracks or creating mind blowing mixes, it’s primarily about one’s hustle skills.

Promoters only have a limited amount of time slots at hand, and get overloaded with demo mixes from aspiring- and even moderately successful DJs who all have one goal: To grab that highly desired slot as the opening DJ for some overhyped international DJ that 98% of the people in the club would not recognize on the street when their life depends on it.

Since promoters like DJs who they can massively underpay for all their hard work, they do need to sift through the pile. And that ain’t easy.

Wake up call: promoters like to have an easy life filled with high end champagne, strippers and go-go dancers and not have to go through piles and piles of sophisticated music.

Man.. were they happy when they found out about the Resident Advisor Top 1000 list and its extensive member database. It made their life so much easier!! All they had to do was pull the names from the top 1000, together with an email list scraped directly from the website using some simple web tools, and there they had it! A complete database of any DJ they should NEVER BOOK for any of their events. You see, the Resident Advisor website has gathered all so called ‘underground’ or hipster DJs around the world. These DJs play far too advanced sounds to ever work in a real life club environment where the most important thing is to maintain the longest line of people outside of the club so the line can get progressively longer.

Now all the promoter has to do is to import the email/names from DJs appearing in their inbox and delete all the people that appear in their Resident Advisor database. It makes it so much easier to find the DJs that play 10.000 variations of Sandro Silva’s ‘Epic’ – Also known as the blueprint for effective EDM.

And the DJs from Resident Advisor? They might not get the gigs, but at least they get paid the same what they otherwise would have gotten had they been booked: nothing.