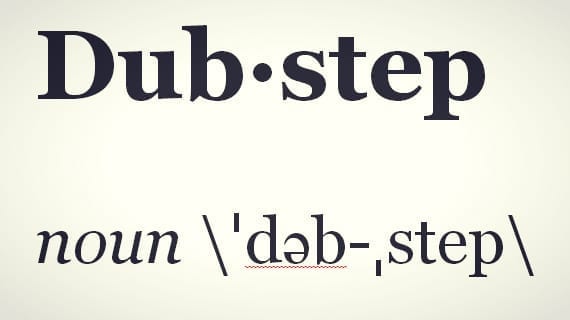 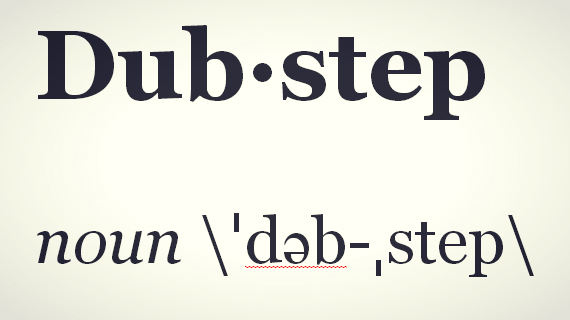 When you would carry out a search for ‘dubstep’ in the dictionary, it would give you suggestions such as dipstick and dipshit since ‘dubstep’ had not been defined yet..

The culture has been going on for a while now. Originally sculpted in the United Kingdom, after a decade it made its move to the USA where it became one of the fastest growing youth phenomenons of all time. The popularity of DUBSTEP is credited to the new generation who does not want to listen to what their parents listen to (hip hop/rock). Still, the USA dubstep (or Brostep if you will) carries some of the legacy of earlier popular music. The leads in Brostep are often compared to the heavy electric (lead) guitars of rock, and of course one can notice many hip hop samples within the music.

Since so many people have grown accustomed to the style. It’s now completely mainstream. Britney Spears started adding dubstep to her songs years ago, so now even your granny knows what dubstep is.

And if she doesn’t… well.. that’s where Merriam-Webster stepped in.

Merriam-Webster, Inc., which was originally the G & C Merriam Company of Springfield, Massachusetts, is an American company that publishes reference books, especially dictionaries that are descendants of Noah Webster’s An American Dictionary of the English Language (1828).

They are also the leading party on the internet for dictionary reference.

We were notified of the new list of words that will be added to the Merriam-Webster 2014 edition. Finally, ‘dubstep’ made its way to that list. Up until now, when you would carry out a search for ‘dubstep’ in the dictionary, it would give you suggestions like dipstick and dipshit since ‘dubstep’ had not been defined yet..

Since we were very curious, we were granted an exclusive look to the definition of the word. Unfortunately, looking at it, there is still a generation gap to overcome.

: a cacophony of incoherent noise arranged on a beat that misses the 2nd and fourth count consistently.