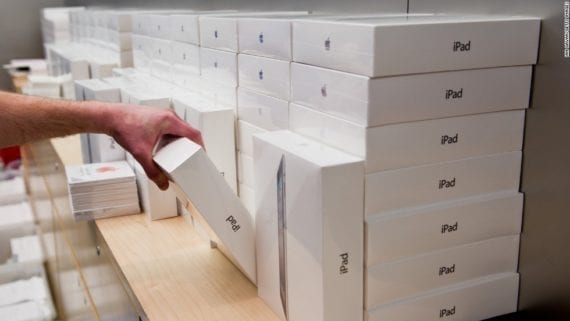 Now operating from the local homeless shelter, they’re leading their promo teams to secure another number one.

As the DJ MAG TOP 100 POLL reaches a climax in competition, DIMITRI VEGAS AND LIKE MIKE scramble to make sure they keep the top position this year.

Last year they were incredibly successful with their iPad promo team. They sent out dozens of girls with iPads to music festivals and schools so people could vote for them on the tablets.

With more and more competition in play, Dimitri Vegas and Like Mike realised they had to up their game. So instead of dozens of girls with iPads, now they literally instructed an army of girls to hit the road with the magical touch screens. 21,059.00 iPads to be exact.

This astronomical number of iPads will surely keep them at the top for another year. However, the screens of superiority do have a hefty price tag. That’s why last month, they sold their homes.

Now operating from the local homeless shelter, they’re leading their promo teams to secure another number one.

Will they pull it off? Sound off in the comments!