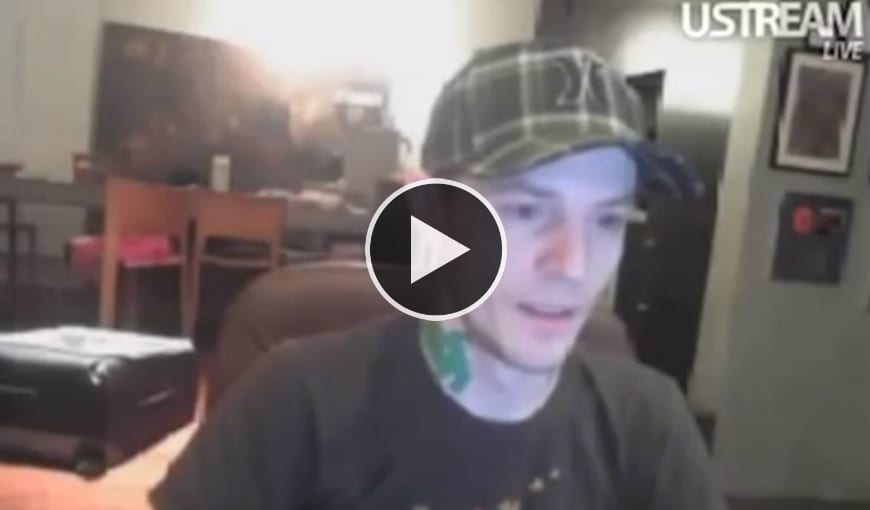 Deadmau5, we all know that dude from Twitter. And a few shows here and there. But we didn`t know he is a Seahawks fan.

Well, the above video shows you how much he enjoyed the game that sent Seattle to the Super Bowl for the second year in a row!

Seahawks All-Pro cornerback Richard Sherman played much of the final quarter holding his left arm at his chest. The center of conversation after last January’s NFC championship win against the 49ers, he quietly left the field with his arm still pinned to his body, an NFC championship towel hanging off his right arm.

Rodgers didn’t shy away from throwing at Sherman, and in an early matchup of All-Pros, Rodgers’ pass to rookie Davante Adams in the end zone was snagged by Sherman.

But the Pack was right back in scoring position moments later when Clinton-Dix grabbed a tipped pass and returned it 26 yards to the Seattle 4. Fullback John Kuhn, another All-Pro, had his TD dive reversed by a replay review and Seattle held. Crosby made it 3-0.

Doug Baldwin fumbled the ensuing kickoff at his 23 and Crosby made a 19-yarder.

It didn’t get better in the first half for the hosts. Randall Cobb caught an 18-yard TD pass on the final play of the opening quarter to make it 13-0; Green Bay outgained Seattle 137-3 in the period.

The Seahawks’ initial first down came nearly eight minutes into the second quarter.

Crosby nailed a 40-yarder to conclude Green Bay’s dominant first half. Wilson was picked off three times, had a QB rating of 0.00, and Seattle was fortunate it didn’t trail by more.

Even after the fake field goal TD made it 16-7, the Seahawks didn’t seem likely to pull off the near-miracle. Yet they did, becoming the first team since New England a decade ago to return to the Super Bowl.

“I’m honored to be on this team, Wilson said. “I’m going to the Super Bowl again.”